Unanimous rave reviews and an 86% price cut off this sci-fi adventure: Aeon Rises by Jim Cronin

You love the movies, now discover an uplifting small-town romance from Hallmark Publishing: Wrapped Up in Christmas Joy by Janice Lynn

We all have a list of our dream man’s ideal qualities – even if it’s just in our head. Winona’s list is written in swirly script and laminated… (Not) The Boss of Me: A Billionaire Boss Romantic Comedy by Kenzie Reed

Can a former Marine find faith in a more hopeful future… one touched by joy? Janice Lynn’s uplifting small-town romance Wrapped Up in Christmas Joy

Who would murder a nice young guy like Todd Kaplan? Or maybe he wasn’t so nice….
Bailey’s Law by Meg Lelvis 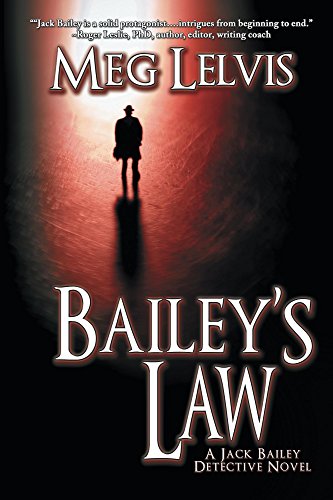 “An intelligent, immersive police procedural that will leave you pining for another Jack Bailey novel.” –Best Thrillers

What if it happened to your daughter? At first Detective Jack Bailey wonders who would kill a nice guy like Todd Kaplan. But it doesn’t take long for Jack to realize Todd should’ve thought twice about what he did to several girls he dated. Was his murder justified?

Jack Bailey, small-town hard-boiled detective, must solve the crime, but his own unrelenting demons rising from his struggle with PTSD and buried family secrets complicate his task. Daily work at the station affords Jack distraction from the inner turmoil that penetrates his nights. Darkness brings unwanted memories, nightmares, and the realization he needs to face what happened ten years ago.

Was this small-town murder an act of justice or revenge? Only a parent who has tragically lost a child can hold the answer in their hearts. Jack understands. Only too well.