By Kindle Nation on October 7, 2019 in Amazon Prime

Becoming: A Guided Journal for Discovering Your Voice, a companion journal to former U.S. First Lady Michelle Obama’s bestselling memoir, Becoming, will be published in the U.S. and Canada on Tuesday, November 19, by Clarkson Potter… Support our news coverage by subscribing to our Kindle Nation Daily Digest. Joining is free right now! 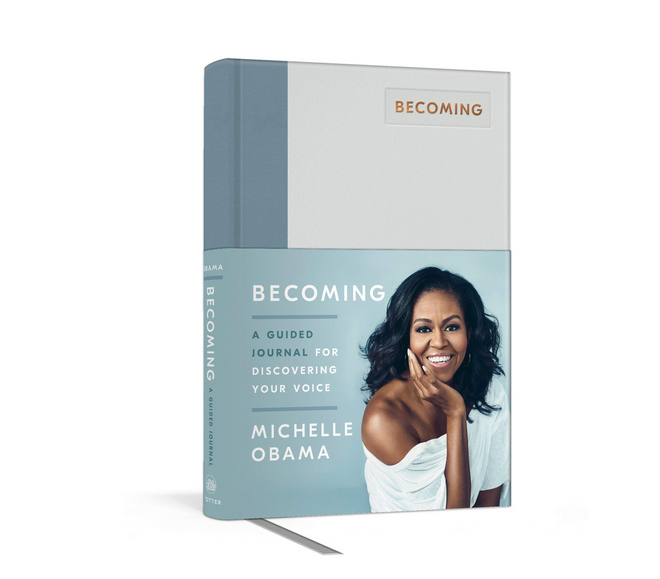 The Becoming journal will have a first printing of 500,000 copies. It will also be published globally this fall in more than 20 countries, including the United Kingdom, Australia, New Zealand, South Africa, India, Germany, France, Italy, the Netherlands, Spain, Portugal, Brazil, Sweden, Norway, Denmark, Finland, Poland, Taiwan, and China, with additional territories to be announced.

Featuring an introduction by Obama, the Becoming journal includes more than 150 questions and quotes that resonate with key themes in Obama’s memoir that are designed to help readers “reflect on their personal and family history, their goals, challenges, and dreams, what moves them and brings them hope, and what future they imagine for themselves and their community.” World publication rights for the Becoming journal were acquired by Penguin Random House from the author’s representatives, Robert B. Barnett and Deneen Howell of Williams & Connolly.

Pre-Order Becoming: A Guided Journal for Discovering Your Voice,

A universal story about turning self-doubt into self-acceptance… The Lie: A Memoir of Two Marriages, Catfishing & Coming Out by William Dameron
Maybe, if Tess and Logan work together, they can create a future that’s better than anything they’ve left behind…
All of Me (The Bridesmaids Club Book 1) by Leeanna Morgan