Carrie Fisher’s ex-husband and daughter have dismissed Sheila Weller’s upcoming biography of the actress as “unauthorized.”

Carrie Fisher’s family disavows ‘unauthorized’ new book. But its author is confused, according to Dorany Pineda of the L.A. Times… Support our news coverage by subscribing to our Kindle Nation Daily Digest. Joining is free right now! 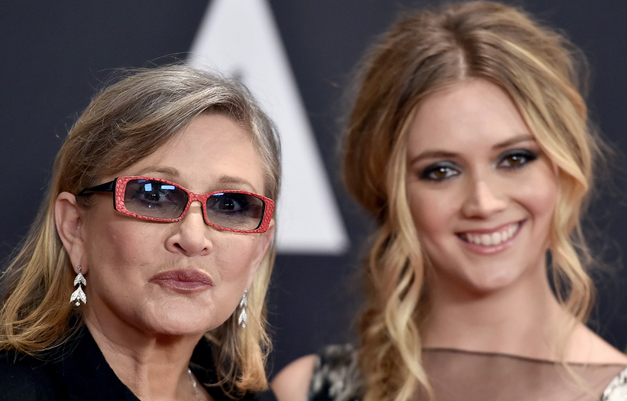 The upcoming book “Carrie Fisher: A Life on the Edge,” by Sheila Weller, is being publicly disavowed by some of the late “Star Wars” actress’ family members.

Bryan Lourd, who sent the statement on behalf of him and his daughter, said they learned of the book when they read an excerpt from it in a magazine, according to Deadline.

But in a statement to The Times, Weller said she contacted Fisher’s family representative a few times to inform them of the book and seek the family’s approval. She claims she first reached out in March 2017 and again several months later.

“I was turned down — but in a gracious email — the first time, and invited to re-inquire later. My two follow-ups met with no response,” Weller said.

“For all the fans and friends of Carrie, I just thought it necessary that you know this information before you decided to purchase this book or consider what is being said in the upcoming press interviews Weller will do while trying to sell it,” he continued. “The only books about Carrie Fisher worth reading are the ones Carrie wrote herself. She perfectly told us everything we needed to know.”

Weller’s book explores Fisher’s 60-year life — from her start as the daughter of Debbie Reynolds and Eddie Fisher and her career as a Hollywood actress, to her battles with bipolar disorder and drug addiction.

Fisher detailed some of her substance abuse struggles in “Postcards From the Edge,” a semiautobiographical novel published in 1987 about an actress fighting drug addiction.