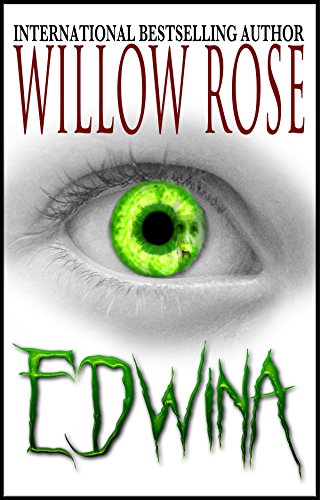 – Learn More
Text-to-Speech and Lending: Enabled
Available on Audible
See more titles by Willow Rose
Here’s the set-up:
A terrifying nail-biting horror story from the Queen of Scream Novels!Marie-Therese is about to take in another child in foster care. But Edwina is no ordinary girl as Marie-Therese is about to discover. Stories of death and destruction follow her trail and soon events in the small Danish town will take a decidedly macabre turn on one horrifying and endless night. EDWINA is a spinoff from the third book in Willow Rose’s Rebekka Franck Series Five, Six…Grab Your Crucifix, but can be read separately.˃˃˃ WARNING: Very scary and not for the faint of heart! Scroll up and grab a copy today. 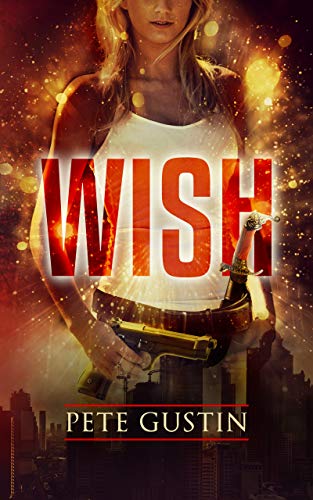 The “Big Flash” granted every person on the planet their innermost wish.

On that day, some people learned to fly, others became young again, beautiful, rich or brilliant. But not all wishes were good. A super-hacker collapsed the world economy as other evil men and women were given the capacity to fulfill their darkest desires.

As for Cindy Knight, her wish was simple. All she wanted was to be able to walk again, and to take revenge on the man who had put her in a wheelchair during a cowardly attack that killed her father.

Will society collapse under the wishes of the evil? Will Cindy’s revenge take her down that dark path or help to lead society out of it?

Buy Wish from Pete Gustin now to find out. 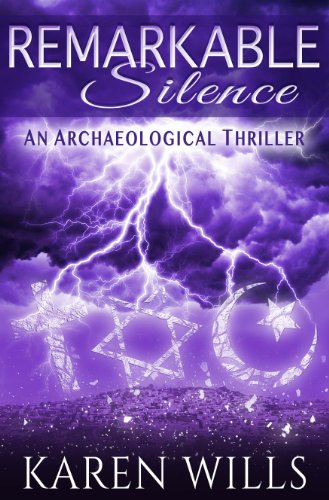 – Learn More
Text-to-Speech and Lending: Enabled
See more titles by Karen Wills
Here’s the set-up:
Sepphoris, Israel, 1995: Henry and Alice Cross, Harvard scholars leading an archaeological dig, discover clay tablets recording a family’s epic history from Moses through Mary, the mother of Jesus. The Tablets raise serious questions about the foundations of Judaism, Christianity, and Islam. Was Moses a servant of God or a charlatan? What did Jesus want? What were Mary’s secrets? The discovery holds many answers. Henry and Alice call their find the Jesus Tablets.News of the discovery leads to behind-the -scenes conflicts among world powers, some willing to kill either to suppress or reveal the evidence. The American President, the Israeli Prime Minister, the Pope, a Hamas commander, Jesuits, and agents with unknown allegiances all scheme to control the Tablets. Henry and Alice’s struggle to protect what they’ve unearthed takes them from Israel to Washington, D.C. as they survive shocking murders of innocent friends. Will they and the Tablets survive? How important is the truth? Will a Machiavellian solution to conflict in the Middle East actually work? You are invited to enter the complex labyrinth of Remarkable Silence.

Captain Of My Heart (A Heroes of the Sea Book 2) 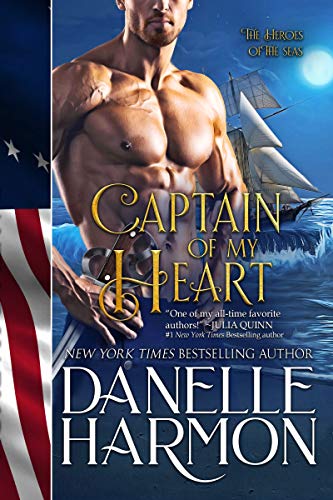 4.4 stars – 173 reviews
Kindle Price: FREE!
Text-to-Speech and Lending: Enabled
Available on Audible
Enjoy Danelle Harmon Books? Tell us why and WIN a chance for a FREE ebook!
Here’s the set-up:

He wanted no woman, except one made of sails and wood and wind …

Handsome, wily Irish privateer Captain Brendan Jay Merrick is running from a painful past — and fighting for a new nation’s future when he arrives in the colonial town of Newburyport, Massachusetts, with plans for shipwright Ephraim Ashton to build his magnificent new schooner. Brendan’s daring sea battles against His Majesty’s fleet have made him a legend in his adopted country — but one look at the dashing stranger and Ashton’s daughter Mira starts making plans of her own. . . .

She wanted no man — but him.

Brash, hot-tempered, and born at sea in a raging gale, Mira Ashton is more than most men can manage. Disguising herself as a crew member and sneaking aboard Brendan’s newly-built Kestrel, she becomes the schooner’s finest gunner . . . and the captain’s most outrageous distraction. As desire ignites between them, Mira finds herself competing against Kestrel for Brendan’s love. But when tragedy strikes, Mira must join forces with her mighty rival in a daring adventure that turns the tide of battle and brings glorious victory to the colonists, the captain . . . and the lady who has captured his heart. 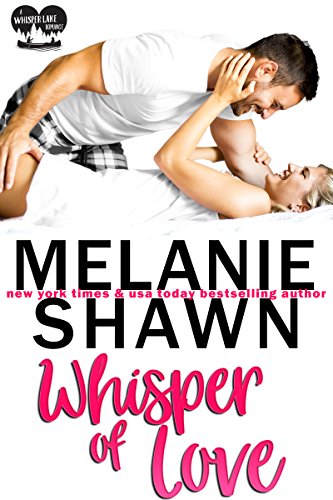 Stand-alone Whisper Lake romance, complete with HEA—and plenty of heat and heart along the way!

There is a thin line between love and hate. For Allison Walsh, that line was a tightrope hanging a hundred feet in the air, with no safety net to catch her if–or when–she fell.

Ali was barely treading water after losing her big brother, who was her hero and best friend. His sudden death left her to raise her twin nephews when the man that was supposed to share the responsibility with her went MIA after the funeral.

Kade’s MMA training made him a champion, but it never equipped him to fight off the one force beyond his control: his feelings for his best friend’s little sister. He’s sure his demons mean he’s not good enough for her, but he’s going to do everything in his power to conquer them.

When the sexy, tattooed fighter shows up on Ali’s doorstep out of the blue with a bag hanging over his shoulder and a smile that would make a nun blush, he seems different. But after all he’s put her through, Ali’s not in a forgive-and-forget kinda mood.

Will Kade prove that he’s the man worthy of Ali’s heart and trust, or will his past sins determine their future?

When the storms hit, people died. Those who lived will have to fight for their lives… Ravaged Land: The Ravaged Land Series Book 1 by Kellee L. Greene
He invented a machine to take people to the future.
Then he was accused of murder, but he can’t remember killing anyone.
In Time For Revenge (A Standalone Sci-Fi Murder Mystery) by Jasper T. Scott