Who is killing the girls of Willow Bay?
The River Girls: A Mercy Harbor Thriller by Melinda Woodhall 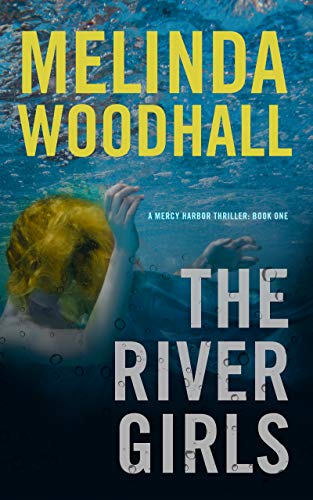 When the body of a missing girl washes up on the banks of the Willow River, the killing is linked to two cold case murders, and the investigation must uncover the twisted motive of a serial killer before he kills again.

Still reeling after her sister’s brutal murder, grief-stricken Eden Winthrop has returned to Willow Bay, where she runs the Mercy Harbor Foundation, a safe haven for victims of violence.

When a teenage trafficking victim disappears from a shelter run by her foundation, Eden is drawn into the search for the sadistic killer. The hunt becomes personal when Eden’s niece is abducted just as the body of yet another victim is discovered in a local river.

In a desperate effort to save her niece, Eden must partner with the small-town police force that had failed to save her sister. And to catch the killer, she realizes she must trust the one man she vowed to never forgive and summon the strength to face her deepest fears.

“an intense, emotion packed, twisty thriller….with some great characters…Wonderfully immersive writing from Melinda Woodhall….in this real nail biter of a thriller….I will be looking out for more of her writing in future that’s for sure.” – Lesley Budgeof The Bookwormery.

The gripping first book in the page-turning Mercy Harbor Thriller Series will keep you up at night.