By Kindle Nation on November 8, 2019 in Kindle Daily Deal 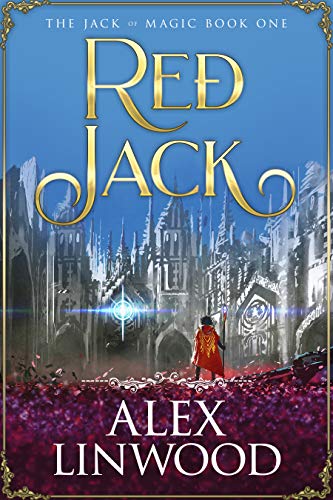 A street thief rises to power to save a kingdom despite wellborn enemies in the first book of a fast-paced new fantasy series.

No one is more shocked than Portia when thievery and a mage battle earns her entry to the kingdom’s exclusive Magic Academy.

But she had no other choice—it was either find shelter within the Academy walls or fall victim to a vicious gang leader hunting her across the country.

Instead of safety, she encounters new enemies in high places—and captures the attention of the queen herself.

For while Portia just wants to survive, she finds there is more to her power—she is a legendary Jack of Magic. . .

. . and the only person alive who can save the kingdom from a horrible fate.

Red Jack is the first novel in the fast-paced Jack of Magic fantasy adventure series. For readers who enjoy authors such as Tamora Pierce, Mercedes Lackey, and Holly Black.

Download now because you crave magic, adventure, and tales where the downtrodden face dangers on the quest for survival and redemption.

You can now attend luxurious and fully immersive 1920s-themed murder mystery parties on the restored Orient Express (that is, if you can afford it).
The dark underbelly of 1945 Newark, New Jersey; a city that boomed during World War II but finds itself unable to cope with joblessness, despair and crime…
Father Divine’s Bikes by Steve Bassett