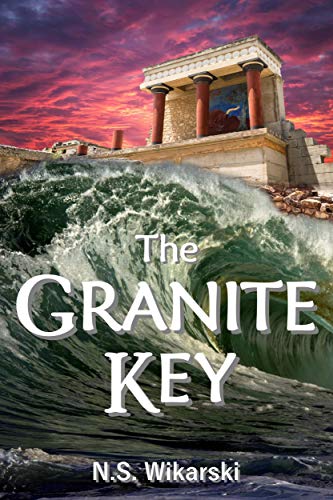 THE ARKANA SERIES
College freshman Cassie Forsythe wakes from a disturbing nightmare after seeing her sister being murdered by a man in a cowboy hat who demands something called “the key.” Her dream morphs into frightening reality when her sister is found dead, exactly as her vision foretold.

Cassie’s life takes an even more bizarre turn once she learns that her dead sister, an antique dealer, has discovered the location of a cache of priceless Minoan artifacts. A secret society called the Arkana and a fanatical religious cult known as the Blessed Nephilim are each determined to claim the prize.

Let J.K. Rowling take you beyond the Potter stories! Pottermore Presents: Short Stories from Hogwarts of Heroism, Hardship & Dangerous Hobbies by J.K. Rowling You’re in for a treat—at a price that’s sweet.
Terrifying forces of light and darkness are gathering…. Grab the BEST PRICE EVER for this Sept. 2016 release! Cradle and All by James Patterson, bestselling author of the Alex Cross novels!