FATHER DIVINE’S BIKES exposes the dark underbelly of 1945 Newark, New Jersey; a city that boomed during World War II but finds itself unable to cope with the peace that brings joblessness, despair and crime. As deeply-entrenched white enclaves are squeezed by the mass migration of blacks, escape routes for poor ethnic whites rapidly close. Two Catholic altar boys living in a world ripe for grifters, like Father Divine, soon learn that his promise of heaven on earth has hellish consequences.

In the autumn of 1945, a battle erupts when the city’s competing mobs end their truce. When it gets bloody, other criminal forces poise to move in. Black bookies, using Father Divine’s controversial International Peace Mission Movement as a front, recruit Joey Bancik and Richie Maxwell to run numbers under the guise of newspaper routes.

The boys’ families welcome the few bucks they can put on the table. Meanwhile, their parish priest and two homicide detectives fear the numbers racket will entrap the boys in a world of crime.

Turf wars, murders, and a corrupt police department in bed with the mob form a dark and gritty backdrop against a story of post-war Newark and the violence that permeated it.

“”Father Divine’s Bikes” by Steve Bassett is a must-read for those who love historical fiction, crime and coming of age. I was excited to learn this is book one in a series – the ending left me wanting more!” 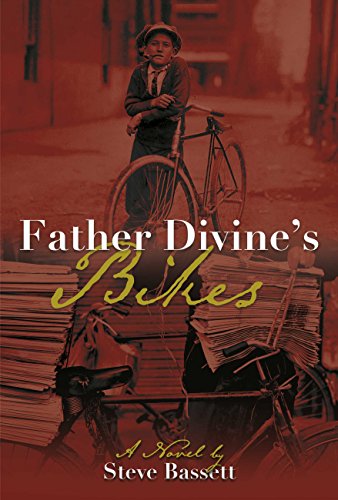 A street thief rises to power to save a kingdom despite wellborn enemies in the first book of this fast-paced fantasy series! Red Jack (The Jack of Magic Book 1) by Alex Linwood
Give yourself the ultimate “me” time with this 8-in-1 BOXED SET ALERT! Georgette Brown Boxset: A Collection of Steamy Regency Romance by Em Brown, writing as Georgette Brown