By Kindle Nation on November 5, 2019 in Romance of The Day

Long Past Dawn (The Friessens Book 31) 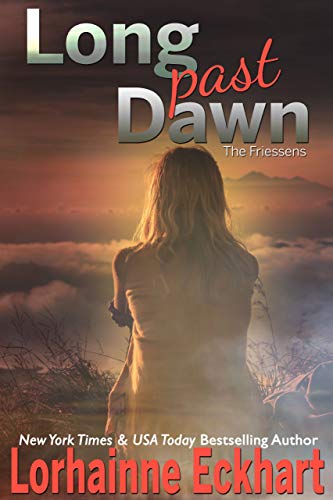 Two years ago, Sara Friessen’s life was changed forever when a young man from the wrong side of the tracks saved her from a brutal assault. To her, he is brilliant, her savior, the man she plans to marry and spend her life with, the only man she has ever given a piece of her heart.

But to Devon Reed, Sara is the girl he shouldn’t love. No matter how much he tries, Devon, now a young law student, believes he isn’t the kind of guy who should be with the daughter of Andy Friessen.

As he sets out to find justice for a mother who abandoned him when he was a child, struggling to undo a wrong and set the record straight, his life begins to unravel, and he finds more questions than answers. The ultimate cost could be his relationship with Sara, the love they have, and the future they planned together, which seems to be slipping away.

“This is an emotion-filled tale full of frustration, angst and heartache. You are drawn into Devon and Sara’s life from the very beginning, feeling all of their emotions throughout the book. It’s a fast-paced and intense story filled with the characters you have come to know and love.” 5 star review

From Bronx to Bali and beyond the American dream…
The Extraordinary Life of an Ordinary Man: A Memoir by Al Hirshen
A Psychic Profiler… A Criminal President… A Disturbing Political Thriller: CITIZEN KATE by Taylor Marsh