By Kindle Nation on December 4, 2019 in Amazon Prime 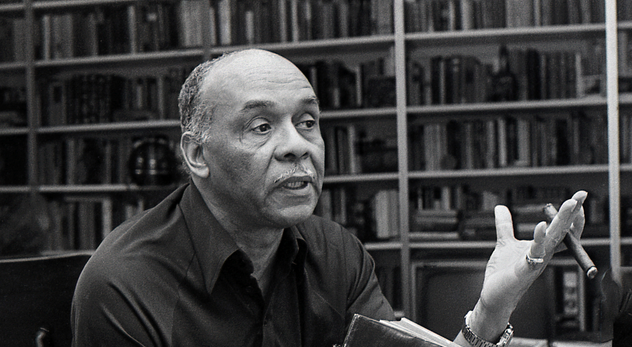 There is a literature dedicated to fire—think of Dante, or Dylan Thomas’s “Refusal to Mourn the Death, by Fire, of a Child in London”—and there is a literature consumed by fire quite literally. A seller of rare books I know once issued an entire catalogue devoted to books given over to the flames. The history of burnt offerings is long and varied, but among its highlights is William Carlos Williams’s first book, “Poems” (1909), most copies of which were destroyed when the shed they were stored in burned down. (Given that Williams was known to be rather ashamed of his début, one wonders if he had a hand in the conflagration.) There’s also Fire!!, the upstart effort of a younger Harlem Renaissance set that included Wallace Thurman and Zora Neale Hurston, who jokingly called themselves the Niggerati. The single-issue magazine lived up to its name when its unsold stock caught fire soon after publication. Nancy Cunard’s 1934 anthology, “Negro,” was—like many other titles—destroyed by the London Blitz. Still others fell victim to the ritualistic book burnings in Nazi Germany that provided a reminder to Americans of how fragile our freedoms are (though not enough of a reminder to stop white students in Georgia from burning a book by the Cuban-American author Jennine Capó Crucet, earlier this fall). Yet fire has effects that aren’t easily controlled. As my bookseller friend knew, its ravages often leave the remaining copies of a work all the more valuable.

Then there’s Ralph Ellison. In 1967, a fire at his country house destroyed a portion of his second novel in progress—the much anticipated and already belated follow-up to his 1952 début, “Invisible Man.” Ellison’s account of the damage the fire caused only grew in time; as his biographer Arnold Rampersad points out, the blaze came to be depicted as the main reason that Ellison never completed the novel, despite decades of labor and masses of manuscript pages. He measured it once for an interviewer: well over a foot and a half of epic. A relatively cohesive version was assembled from drafts by John F. Callahan, his literary executor, and issued posthumously as “Juneteenth,” in 1999; a decade later, Callahan and Adam Bradley crafted a thousand-page volume of fuller overlapping fragments, published as “Three Days Before the Shooting . . .” Now Callahan and Marc C. Conner have brought out “Selected Letters” (Random House), running almost as long. Bearing in mind the epistolary origins of the novel as a literary invention, one can regard the results—sixty years of correspondence progressing to a narrative—as another Ellisonian magnum opus, one necessarily unfinished.

The first novel in the nationally bestselling McCabe and Savage series—perfect for fans of John Sandford and CJ Box: The Cutting by James Hayman
“If Anne Lamotte and David Sedaris had a child, then put him up for adoption in the suburban Midwest, that child would grow up to be Jeff Jacobson.”
I Have (Had) Enough: Memoirs of Abundance in Fatherhood, Friendship, and Faith by Jeff Jacobson