By Kindle Nation on January 23, 2020 in Kindle Daily Deal 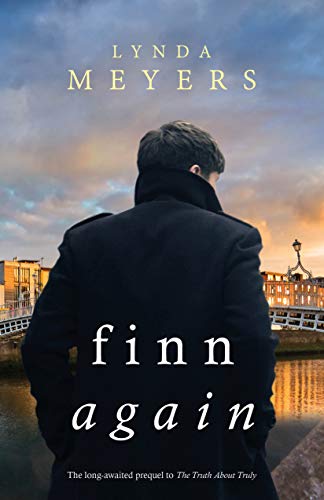 – Learn More
Text-to-Speech and Lending: Enabled
Available on Audible
Enjoy Lynda Meyers Books? Tell us why and WIN a chance for a FREE ebook!
Here’s the set-up:

A half-Irish, half-English playboy, Finn McCarthy soon finds out there are some things that can’t be bought, and some people who don’t play by his rules.

Raised in the pubs and educated at Oxford, Finn never did know which half to favor. His Irish half loves women and booze, while his English half is wicked smart and damned polite. And then there’s Regan, the one girl who never did succumb to his charms.

When war beckons, Finn takes action and answers the call, but there are some casualties even a soldier can’t prepare for. Injured, addicted to painkillers and abusing alcohol, Finn begins to question the strange nighttime dreams and daytime visions that surface, haunting him with premonitions of things he can’t control. To heal his wounds he must banish his demons, a journey that leads him to a sleepy fishing village, where he meets three men that change his trajectory. Death, loss, and grief converge as the mysteries of his Celtic roots begin to take hold. Will he be lost to the sea? Or lost within his own heart? The battle for balance might just take everything he’s got left.

War does things to a man. But Finn isn’t just any man.

“This book captivated me. I was still consumed by the characters and the setting of this novel for days after finishing it.”

“Finn Again is a must read for anyone who enjoys being captivated by a good story and even better story writing. Once I started reading I could not put this book down. I was transported into Finn’s character and could not wait to discover what happens next. Finn McCarthy is a fascinating person with many characteristics that connect to the reader. Absolutely the best novel I read in 2016!”

Free kids, YA, and teen books! Hundreds to choose from for all types of readers!
Gracie and her intrepid Labrador Haley make a few wrong turns on the way to finding an elusive cold-blooded killer….
By The Book by Laurinda Wallace