Guardians: The Girl (The Guardians Series, Book 1) (A Paranormal Romance) 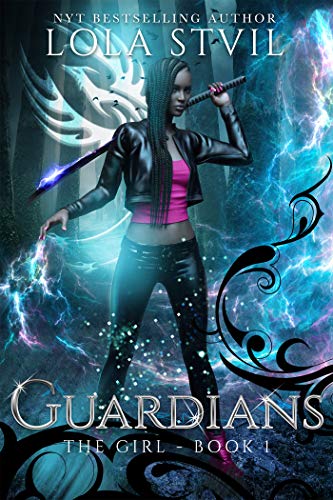 4.0 stars – 1,774 reviews
Kindle Price: FREE!
Text-to-Speech and Lending: Enabled
Available on Audible
See more titles by Lola StVil
Here’s the set-up:
*** An unlikely teen is thrown into the chaos of battle…
…and suddenly a studious book-lover holds the world’s fate in her hands.
Can she prevail against a relentless enemy, or will evil alter mankind’s destiny forever?***
Emmy longs for excitement, but the only place she finds it is deep inside a novel. That all changes when a hoard of demons attempts to rip her to shreds on her way to class. They almost succeed until a group of angels rescues her, and their handsome leader Marcus reveals a shocking truth.Her attackers are on a mission and need Emmy to destroy mankind, but her holy allies are there to help beat them back to Hell. Emmy is all that stands between good and evil, and faces an impossible choice: risk everything in a battle to the death, or allow darkness to overtake the Earth and do away with humanity.If you loved Twilight, A Shade of Vampire, or Shadow Hunters, you’ll adore this dark fantasy! Find out why reviewers say “I just couldn’t stop reading!” 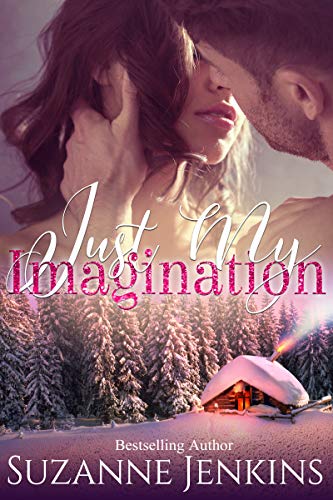 4.6 stars – 6 reviews
Kindle Price: FREE!
Text-to-Speech: Enabled
See more titles by Suzanne Jenkins
Here’s the set-up:
Sheila spends twenty-four hours nursing the half-frozen handsome stranger who appears at the door of her rustic cabin back to health. The next morning, he’s gone, and Sheila longs for the mysterious Tom Caldwell. Was he ever with her or was it just her imagination?

by L A Cotton 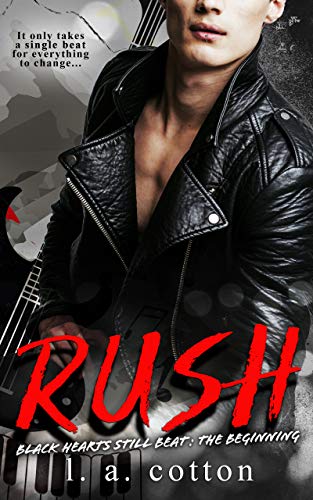 4.7 stars – 111 reviews
Kindle Price: FREE!
Text-to-Speech and Lending: Enabled
Available on Audible
Enjoy L A Cotton Books? Tell us why and WIN a chance for a FREE ebook!
Here’s the set-up:

An emotional, angsty, rockstar romance from the bestselling author of The Trouble With You and Wicked Beginnings.

The sweetheart of Country is about to show the bad boys of Rock, it only takes a single beat for everything to change.

Evangeline Walker knows how quickly everything can change.

But nothing can prepare her for the moment she meets Rafe Hunter.

Those aren’t the reasons Eva should stay away from him though.

The fact he’s the bassist for America’s hottest rock band is the reason she should run and never look back.

Everyone knows the greatest love stories all start somewhere.

… this is their beginning.

Rush is the first book in Eva and Rafe’s story. Rise: The Interlude, and Rule: The Finale are now available!

So Unlike Me (Winning Your Heart Book 1) 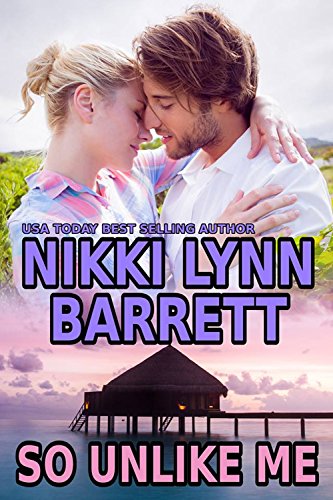 How to survive an unexpected breakup with your ex-fiancé on national TV:

1. Hide out under the covers at home.
2. Let your agoraphobic twin sister talk you into going to Paris in her place!

Lizette Monroe would be crazy to turn down her sweepstakes entering addicted twin’s offer. Paris, France? It’s the perfect getaway after all she’s been dealing with. All she has to do is pretend to be Nola. Can’t go wrong there, right?

Too bad it’s not France, but a small town Tennessee town. Still, it gets her out of the public eye for awhile.

Enter problem number one in the form of Dirk Ramsey, Nola’s childhood best friend. He’s grown up, gorgeous, and has eyes for her, except he thinks she’s Nola. Lizette wants nothing more than to tell him the truth, but Nola’s embarrassment and shame over her current condition has her begging Lizette to keep up the charade.

It wouldn’t be so hard if Dirk’s touch didn’t awaken a part of her soul she thought was lost. Did he really have to be there at every turn, especially when the truth is closer to coming out? And when Dirk does learn he’s been reminiscing with the wrong twin- the one who didn’t pay much attention to him back then, will that ruin a chance to get to know the man Lizette is now having romantic feelings for? 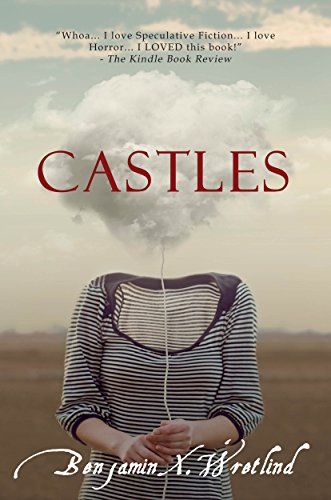 – Learn More
Text-to-Speech and Lending: Enabled
Enjoy Benjamin X. Wretlind Books? Tell us why and WIN a chance for a FREE ebook!
Here’s the set-up:
“Whoa… I love Speculative Fiction… I love Horror… I LOVED this book!” –The Kindle Book Review
When Maggie was six, she hid from desert storms under the sink where the Comet and Windex were kept. Now twenty, she welcomes the storms. Maggie has been abused, torn apart by the sins of others and constantly feels as if she is living on the verge of some grand epiphany, perhaps passed down through her Grandmother, perhaps given to her by God.Then again, she may just be insane.Clinically, it’s called schizophrenia and manifests itself through delusions, hallucinations, and/or disorganized behavior. It can persist for years and may worsen without treatment. Socially, it’s termed “unacceptable behavior.” Maggie doesn’t know if her latest actions are the only bricks left to her castle in the sky, but she hopes you’ll understand if they’re not.How far would you go to build a castle in the sky?

A rogue of a man plays for keeps when he collides with a determined small-town firecracker…
Nicole Snow’s enemies-to-lovers thriller NO WHITE KNIGHT
If you like hard-boiled characters like Bosch or Reacher, wait until you meet Lance Underphal! Grey Daze: A Lance Underphal Murder Mystery Thriller ( A Lance Underphal Mystery Book 3) by Michael Allan Scott. Save 92% on this countdown deal!