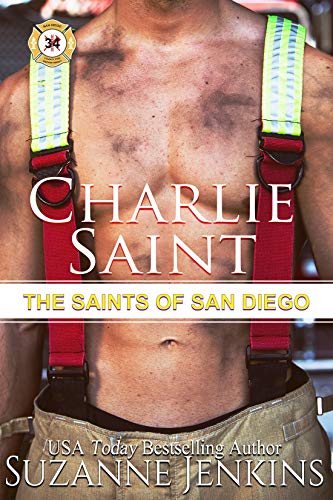 The Saint family joke was that his brothers got the brains and the height, but Charlie got the abs.

Fire Station #34 Battalion Chief Charlie Saint had lived alone for the last year after his ex’s life took a different course than his. He’d given up trying to find companionship again in spite of plenty of admirers.

Lila Connor, fifteen years his junior, was available and looking for a new one night stand. Charlie’s body and head of silver hair belied his age, but she still didn’t know about dating someone that old. They were compatible on the first date, but there was something haunting her in the past that just wouldn’t let her make a commitment to Charlie, and he was ready to commit.

Then a bad judgment call almost cost Charlie his life. Lila made a decision to stick by his side. But in order to go forward, she had to confront that issue from her past.

It’s your FREE book alert for Sunday! Five Freebies just waiting on you to download them!
5-Star International Crime Thriller! To survive, Nikki and Eduardo must act quickly…. Revenge in Barcelona: A Nikki Garcia Thriller by Kathryn Lane