Marian Collingswood, a poet of some renown, thought she had passed all the excruciating tests life offered. An imperious father and unsupportive mother. A marriage with its fair share of drama, including a professionally discontented husband, who nearly destroyed their relationship. But just when she had navigated the challenges life sent her way, and was about to embark on a fulfilling retirement, her husband Nathan’s untimely passing forced her to begin all over again at age 65. Having been cloistered in her sheltered literary world, Marian didn’t have a clue how to start over.

In Ken Levine’s third novel, The Widow Verses, we follow a younger Marian to far flung places like Lake Como and Mykonos as she falls in love. Later in life, we also journey with Marian to Seattle, the Berkshires, and Sanibel Island as she copes with the reverberations surrounding her husband’s death, the adjustment to dating after forty years of marriage, her unsettled daughter, declining mother, and a career and life having reached new and disorienting chapters. The novel is a meditation on love, loss, familial and marital strife, and the way we navigate our way after tragedy strikes. The story weaves back and forth from Marian’s life as a young woman to her brave new world as a widow with no handbook to guide her. She eventually meets Charles, a widowed wine importer, who is trying to find his way after his wife’s passing. Will they put their ghosts behind them or are they trapped too deep in the past? 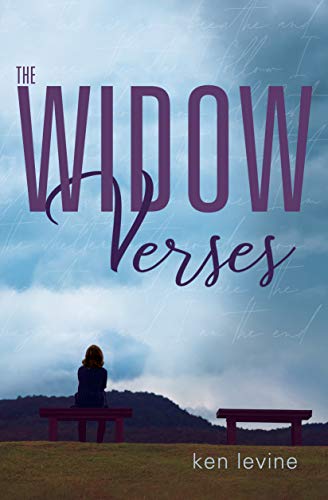