According to Deadline.com, Author Charles Webb, whose first novel The Graduate inspired the 1967 film, died June 16 in Eastbourne, England of a blood condition, according to his friend, journalist Jack Malvern…. Support our news coverage by subscribing to our Kindle Nation Daily Digest. Joining is free! 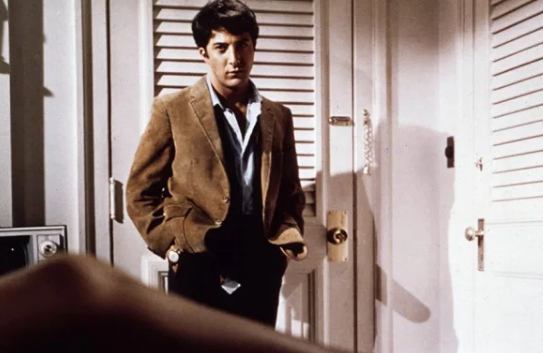 The Graduate was published in 1963, and was adapted into the Mike Nichols film starring Dustin Hoffman just four years later. The book and the film follow Benjamin Braddock, a young man who embarks on an affair with Mrs. Robinson (played by Anne Bancroft), the wife of his father’s business partner.

Webb claimed the story is based on his own experiences growing up in Los Angeles after graduating from an East Coast college. He said that the book is not autobiographical.

The film version was faithful to the book and won an Oscar. But Webb, an eccentric, did not bask in its glory, and earned just $20,000 from the film rights.

His later works included the novels The Marriage of a Young Stockbroker and New Cardiff, the later made into the 2003 romantic comedy Hope Springs).

Webb claimed no interest in wealth and materialism, donating much of his earnings and possessions, including what he said were “three or four houses.”

Along with his partner, Eve Rudd, with whom he had two children, he lived on the road for many years. They homeschooled their children and ran a nudist camp in New Jersey. Eve later changed her name to Fred in solidarity with a support group for men with low self-esteem. The couple divorced to protest US marriage laws, but stayed together. Rudd died last year.

Free Books for kids and teens!
Save 84% with this Kindle Countdown Deal! A gripping novel of forbidden love, and friendship across racial divides… Torched: Summer of ‘64 by Joe Edd Morris