Easy Jack isn’t a bad guy, but to survive, he will have to act like one. The Night Man: A Killer Crime Thriller (The Nightscape Series Book 1) by Robert Chazz Chute 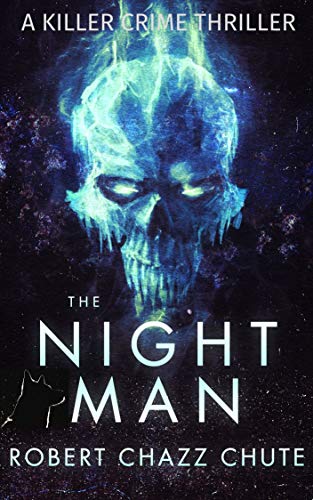 Easy Jack isn’t a bad guy, but to survive, he will have to act like one.

From the author of the Hit Man Series comes a new killer thriller.

Returning home after serving his country, Ernest “Easy” Jack hoped his family’s reputation had been forgotten. No such luck in Lake Orion. Small towns have long memories. Grudges run deep. Worse, his high school sweetheart is trapped in an abusive marriage. Family bonds, love and loyalty will be tested when a sociopathic billionaire and a dirty cop conspire to use Easy in a deadly bomb plot.

Escape is unlikely. Easy’s odds are not even.

The bad guys possess money, power and a jet packed with explosives. To make his stand, the Army Ranger is armed with quick wit and a Smith and Wesson. He also has one loyal German Shepherd named Sophie by his side. To combat the shady side of small-town America, the wounded warrior will have to enter the darkness he’d hoped to leave behind.

The new battleground is Michigan. The stakes are Easy’s heart, life and soul.