Congratulations to Victoria Davis! She just won this week’s BookGorilla/KND Giveaway! Will you be next? We find the BEST books at the BEST prices! Deals like The Fifth Juror by Lori Lacefield! Grab this countdown deal before it’s too late!

The Fifth Juror: A Women of Redemption Suspense Thriller 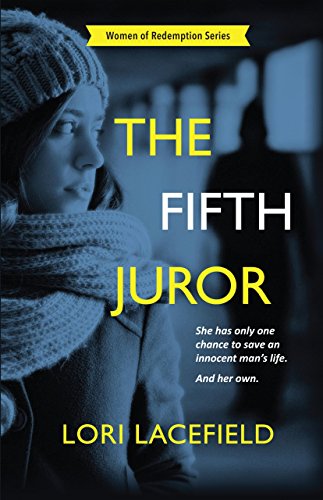 The trial ended years ago, but her nightmare is just beginning. Can she save an innocent man before his time runs out?

“The ending was unpredictable…” – A Lawrence
“Intriguing from the very first page…” – K Crowell
“This book did not disappoint!” – H Watt

Former juror Jess Dawson is facing a difficult time in her life, raising an autistic son and navigating a failing marriage, when her past service as a juror on a high-profile death penalty case comes back to haunt her. Mikael Kriskan, a young Russian the jury sentenced to death for killing his adoptive American parents one cold Colorado night, is nearing his execution date when the foreman of their jury and his wife are found dead, killed in the same manner as Kriskan’s parents.

Then, a second juror appears to commit suicide and leaves a disturbing note to his fellow jurors attached to his chest: KJ – do the right thing. Only Jess knows the true meaning of the message but as others begin to suspect the truth, Jess quickly finds herself in the crosshairs of Kriskan’s prosecutor, also her lover, who’s intent on executing Kriskan, and members of the Russian mob, who are hell bent on returning the genius Kriskan to his Russian roots.

The choice they give former juror Jess Dawson seems easy: Kill Mikael, kill her son. Save Mikael, save her son. But in a case where the post-conviction appeals have run out, the impact the truth will have upon her family is dire, and the lives of her fellow jurors are equally at stake—this choice will be anything but easy.

A nail-biting suspense thriller that is part of the Women of Redemption Series, books that feature women who may not be perfect, but perfectly kick-ass when given a second chance.

And to say thank you here is a bonus entry word: juror