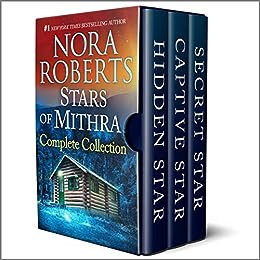 When Bailey James wakes up, disoriented and unable to recall why she has a bag filled with cash, a gun and a large diamond, she heads straight to the detective office of PI Cade Parris. Cade is sure the woman of his dreams just walked through the door when Bailey shuffles in, but the two must solve Bailey’s mystery before considering their love for each other…no matter how passionate their affair may be.

M.J. O’Leary is used to punching first and asking questions later. So when bounty hunter Jack Dakota tries to arrest her for bail jumping, she doesn’t go down easily. Little does Jack know, getting involved with M.J. will land him in a world of trouble. On the run from hired killers, M.J. refuses to talk about who’s after her…or why she has a massive blue diamond hidden in her purse. M.J. and Jack are drawn to each other, despite their better judgment, but can Jack learn to trust M.J. when she has so many secrets?

Lieutenant Seth Buchanan is astonished when the beautiful victim of his homicide investigation turns up—very much alive—at the murder scene. The cool, controlled cop never lets his feelings get in the way of his job, and with a killer at large, Seth can’t afford any distractions. But there’s something irresistible about Grace Fontaine…and eventually Seth finds it hard to remember there’s any mystery more important to solve than that of Grace herself.

And to say thank you here is a bonus entry word: stars