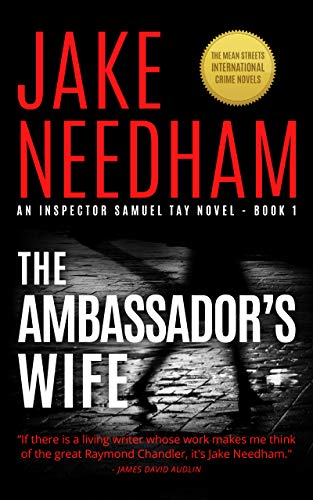 American women are being brutally murdered across Southeast Asia. So, Inspector Samuel Tay of Singapore CID asks himself, why is it no one wants him to find their killer?

The first body is in Singapore, on a bed in an empty suite at the Marriott Hotel. The second is in Bangkok, at a seedy apartment near the American embassy. Both American women, both viciously beaten and lewdly displayed. The FBI says it’s terrorism, but the whispers on the street tell a different story. They say a serial killer is stalking American women across Asia.

Inspector Samuel Tay is a little cranky, a little lonely, a little overweight, and he smokes way too much. A lot of people think he’s a lousy policeman, but he’s the best detective the Singapore cops have ever had. It makes the bosses nervous as hell to put this case in Tay’s hands, but with something this tricky on their plate they know they have no choice.

Still, there’s a big problem. Before Tay can even get the investigation started, everybody wants a piece of it. The FBI demands to take over the case, the American Diplomatic Security Service insists on being in charge, Bangkok’s Special Branch won’t allow itself to be ignored, Singapore’s Internal Security Department is going to have a major say, and even the American Ambassador sticks his nose right into the middle of everything.

That’s a lot of people walking all over Tay’s murder case. But here’s the thing. He realizes that none of them, not a single one, really want him to find the killer.

“Sex, terrorism, and politics wrapped up in a #1 Amazon bestseller. What could be better?”— Libris Reviews about THE AMBASSADOR’S WIFE