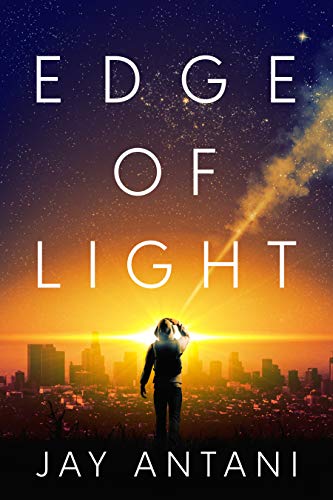 A riveting blend of apocalyptic YA adventure-thriller and alien-invasion sci-fi for fans of “The Maze Runner,” “The Martian,” and “The Hunger Games.”

A discovery of alien origin. A world on the brink. Now the race is on to possess … what only one boy can protect.

On October 23, 2030, a meteor explodes over Los Angeles, triggering chaos and panic. For seventeen-year-old Dev Harrison, the event coincides with a strange, recurring dream in which his long-disappeared physicist-father reveals to him a location high on a Tahoe peak where he’s hidden the world’s most coveted scientific secret. Eager to see if there’s any truth to the dream, Dev hits the road with his best friends Abby and Conner.

But their journey across a bleak California is far more dangerous than they imagined as they encounter fanatic separatists, mysterious drones, and a ruthless federal agent. Worst of all are the “crawlers”–not human, not animal, terrifying creatures whose appearance in the wake of the meteor is no coincidence.

Courage, loyalty, wits: The friends want for none of these, but their adventure will demand much more. Especially after a conspiracy comes to light, and Dev realizes he’s all that stands between protecting his father’s legacy and global forces hell-bent on altering the fate of the universe.

Go to Giveaway Central to enter and to say thank you here is a bonus entry word: light