A fast-paced thriller filled with outrageous twists and genuine mystery: The Money by David Shawn Klein

James Gunn, the bestselling sci-fi author, has died at 97 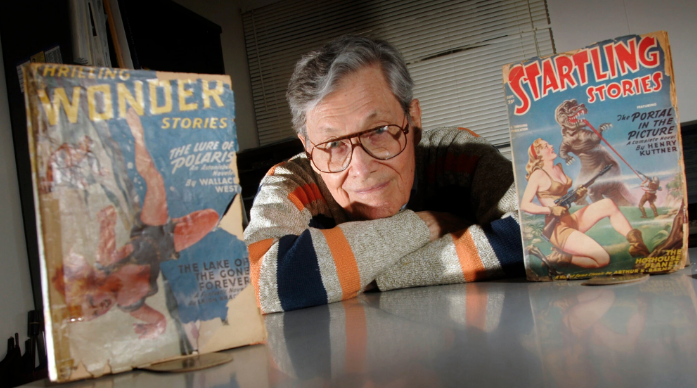 In 1949, when he was in his mid-20s and studying for his master’s degree in English, James E. Gunn submitted a piece of science fiction to a pulp magazine. “One day, I got a letter saying, ‘I like your story “Paradox,” and I’ll pay you $80 for it,’” he recalled in a 2008 interview. “My wife says it was probably the most transforming experience in our lives when we realized someone would actually pay me to sit in front of my typewriter.”

He remained particularly proud of the plot — about a drunken bum abducted by telepathic aliens who, once they read his delirious mind, abandon their plans to subjugate humanity.

Decades later he was at a science fiction writers convention when he ran into Sam Merwin Jr., the publisher who had bought “Paradox.” Mr. Gunn introduced himself by saying, “You probably don’t remember, but you bought my first story.”

“Merwin said, ‘I can tell you why,’” Mr. Gunn continued, “and I thought, ‘Gee, it stuck in his mind all this time.’ Then Merwin revealed, ‘It was because anything at all literate popped up out of the slush pile.’”

“So,” he added, “you never want to get too pleased with yourself.”

But Mr. Gunn had been so emboldened when his first two stories were published that he went on to make science fiction his career. He edited 10 anthologies of science fiction and wrote about 30 books, including his last novel, “Transformation” (2017), and some 100 short stories, including one he submitted shortly before he died at 97 on Dec. 23 in Lawrence, Kan.

His death, which was not widely reported at the time, was announced by the University of Kansas, where he taught his first English class in 1955 and founded the Gunn Center for the Study of Science Fiction in 1982.