The battle to save the empire and the world begins here! Marc Alan Edelheit’s FREE award-winning fantasy: Stiger’s Tigers 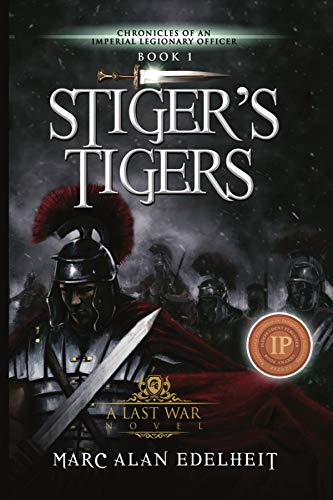 Winner of the Independent Publisher Book Award for Fantasy!!!

A nobleman from an infamous family, fighter, imperial legionary officer, hero and a born leader… Ben Stiger finds himself reassigned from a crack legion in the North to the rebellion simmering in the South. Placed in command of a truly terrible company, the 85th Imperial Foot, he is unknowingly sent on a suicide mission to resupply an isolated outpost, the garrison of Vrell.

Along the way he must rebuild his new company, gain the respect of the men he leads, survive an assassination attempt, fight bandits, rebels, and an agent of an evil god. His companions on this journey of discovery and adventure are one of the few remaining elven rangers and a paladin on a quest for the High Father.

In a world where magic is a rarity, a dark power is growing. What awaits Stiger is an incredible journey he could never even hope to imagine.

Stiger’s Tigers is the first book in a new epic fantasy series. If you enjoy an original story, honorable heroes, mind blowing twists and page turning action that puts you right in the middle of the fighting, then you will love Edelheit’s award-winning series.

The battle to save the empire and the world begins here!