If you’re looking to win, you’ve found the right post: Here’s your bonus entry to our weekly giveaway!

When Love Strikes (Love on the North Shore Book 6) 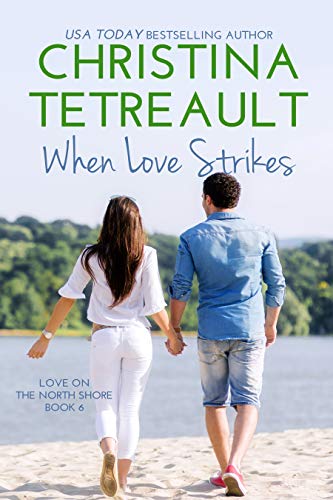 Angelina Troy, one of the most sought-after actresses in Hollywood, has been looking forward to moving into the home she purchased in New England. Despite protests from both her personal assistant and her agent, she’s ready to make some changes in her life. Angelina can’t think of a better place to do that than North Salem, where she can be close to her family and have the time she craves as she attempts to move her career away from starring in movies to writing them. Since she’s in town again, she also hopes to get to know a certain FBI special agent with a smile capable of sending her pulse into overdrive.

Like a lot of men, Dakota Smith was attracted to Angelina the first time he met her last summer. However, it’s not her beauty that has him wanting to get better acquainted with her. Over the past year, he’s learned firsthand that she values family and friends as much as he does. So when she invites him to dinner one evening, he accepts with no hesitation.

It’s not long before a simple dinner date turns into much more. Unfortunately, Dakota isn’t the only North Salem resident Angelina has caught the eye of. And Shane Gates will do anything to have her for himself.

When Love Strikes is the sixth book in USA Today Best Selling Author Christina Tetreault’s Love On The North Shore Series. While it can easily be read as a standalone story, you’ll likely enjoy reading the other books, too.

Go to Giveaway Central to enter and to say thank you here is a bonus entry word: strikes