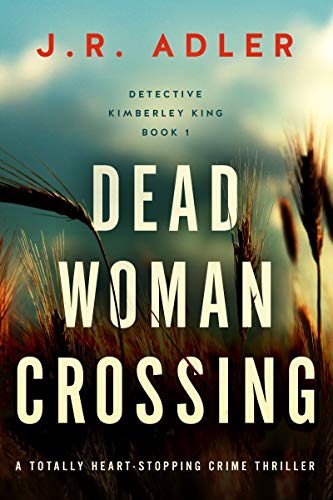 She threw open the door, running to the crib. When she looked inside, she gasped. The world around her went silent. Inside, there was nothing but a small stuffed elephant. Where was her baby?

When young, single mother Hannah is found murdered by the banks of a twisting Oklahoma creek, her one-year-old daughter sleeping in a stroller near her body, the small town of Dead Woman Crossing reels in horror.

Detective Kimberley King, recently relocated from New York to Oklahoma, with her young daughter Jessica, can’t ignore the similarity of Hannah’s death to the case of Katie James, the woman that the town of Dead Woman Crossing is named after. Katie was murdered in front of her small daughter in 1905, on the banks of the same creek, and it seems that someone is drawing inspiration from the crime. Could this killer be a copycat?

But as she interviews suspects, Kimberley is met with blank faces and closed lips. In a small town, people won’t talk and when she pursues a promising lead, her own family turn their back on her. Kimberley isn’t afraid to ask questions, but when she receives a threatening note, she realises that, as a single mother to a young daughter, she might be putting herself dangerously in the killer’s sights …

A gripping, atmospheric crime thriller inspired by true events, about a town on the edge of collapse and a murder that shakes the community. Dead Woman Crossing is perfect for fans of Rachel Caine, Lisa Regan and Jane Harper.

Go to Giveaway Central to enter and to say thank you here is a bonus entry word: crossing