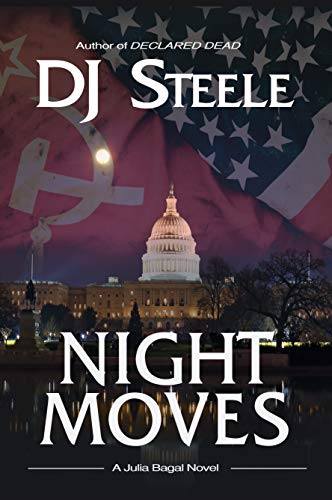 She quit a lucrative career and bought a private investigation business she knows nothing about. And to make matters worse, she hires a questionable woman, Laquita Morrison, who claimed to have worked for the previous, now deceased, owner.

When she’s hired to do a simple surveillance job, taking photos of a cheating husband at a sleazy motel, Julia and Laquita find themselves in the crosshairs of a psychopathic killer. Soon it becomes clear it was no coincidence she was hired for this job. But what is the deadly connection and why is the FBI camped outside her D.C. home?

Julia’s frantic attempts to discover the identity of the killer and make a name for herself only lead to more dead bodies.

Forced to team up with a homicide detective, Julia uncovers a dangerous truth. One that involves a web of dark secrets, deception, and her ex-CIA grandmother.

Ultimately, she discovers there is a danger more ominous than the sadistic killer—one that threatens national security.