It’s never a good thing when a corpse appears when you least expect it…especially in this dark romantic crime thriller: The Family Secret (The O’Connells Book 9) by Lorhainne Eckhart

The Family Secret (The O’Connells Book 9) 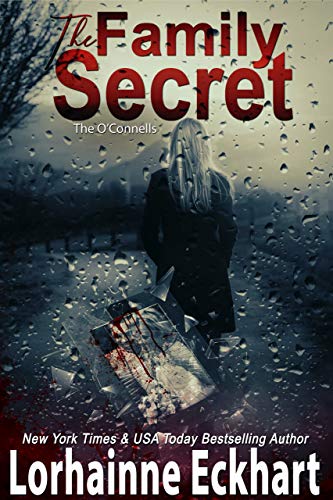 It’s never a good thing when a corpse appears when you least expect it…especially in this dark romantic crime thriller.

Just what is the mystery behind Raymond O’Connells disappearance?

NY Times & USA Today bestselling author Lorhainne Eckhart brings you The Family Secret, an O’Connell family novel, when a body is discovered at the edge of town, rumors, circumstantial evidence and a chance for revenge lead to one family members’s arrest, and an all out effort to take several other O’Connells down as well.

“Wow what drama, what tension, what suspense.” Susan Jordens

“This was a very explosive and heart wrenching story. A body is found and the DA is out for blood. As long as it’s O’Connell blood, he doesn’t much care whose.” KEC200

Raymond O’Connell was the love of Iris’s life—from the day she met him, to the day a year later when she married him, to the tragic night before she never saw him again.

Now, eighteen years later, questions arise about the night her husband disappeared and when a dead body turns up and turns a family upside down. Will the corpse be the linchpin that ruins Iris O’Connell’s perfect life?“Grab your copy now by clicking the BUY now with 1-Click button at the top of this page!”