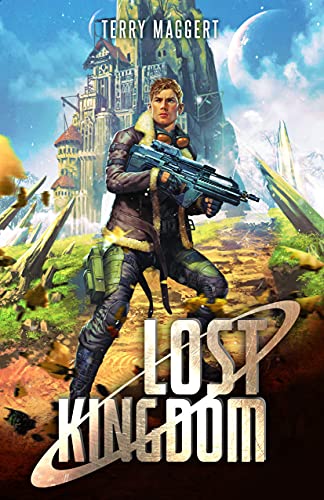 When Nolan Hayes crashes his borrowed (don’t say stolen) ship on Janusia, he finds a planet split by a river of epic proportions. Fast, deep, and deadly, the river is home to three kingdoms—and a cable system left behind by people from the stars, who left no clues as to its intentions. Now the river and all it’s connecting ports are controlled by a single guild.

Night after night, ships fall from the sky, breaking apart and scattering bodies across the wide plains, the empty southern ocean, and the warring kingdoms. Some of these ships have survivors, and some of those survivors aren’t victims at all, for their arrival on Janusia is anything but an accident.

As Nolan unravels the intrigue of a world at war, he’ll gather powerful allies on his march to the river and to a meeting with destiny—Corra, the woman chosen to lead her people in a fight for justice.

It’s a fight against greed, evil, and a hidden truth that will change history itself on a world at the end of the galaxy—a place where ships die, the river rages, and war is neverending.