Can they survive danger… and desire? Covert Seduction (C.R.U.SH. Book 1) by Christine Glover 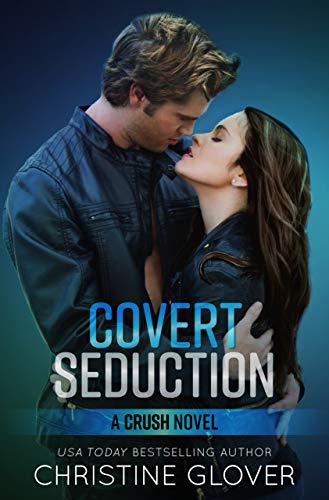 They share a common enemy. When fate flings them together, can they survive danger… and desire?
Colton Sutler burns for revenge. Determined to get the mobsters responsible for his brother-in-law’s death, the undercover DEA agent is ready when the cartel attempts to establish a foothold in his small Shenandoah town. But before he can get a real lead, a beautiful woman gets in the way and forces him to protect her.

Winery owner Isabella Cavelli is on the verge of a major deal. But when she accidentally stumbles on a drug operation planned by her childhood best friend, the Italian socialite buys time by claiming she’s also in the heroin business. And now to bolster her ruse, she must pretend to be lovers with a smoking-hot fed.

As the gorgeous foreigner helps Colton get closer to the operation’s mastermind, he struggles to keep his hands off her and on his gun. And with her family’s lives threatened by her so-called friend, Isabella is drawn inexorably towards the troubled lawman’s warm embrace.

Can the unlikely partners smash a deadly smuggling ring, or will their fiery passion be their demise?