This is what happens when true crime hits close to home… I’m Supposed to Make a Difference: A Memoir About Overcoming Trauma and Abuse by Kevin Vought

I’m Supposed to Make a Difference: A Memoir About Overcoming Trauma and Abuse 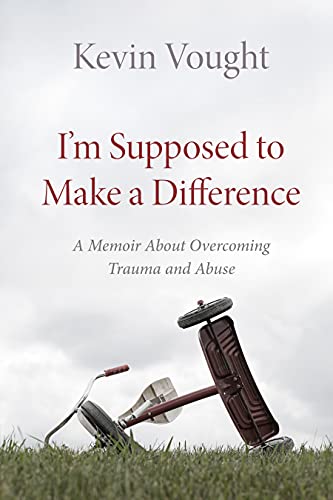 This is what happens when true crime hits close to home.

Kevin’s mother was emotionally abusive and resented him, though she did her best to protect him and his brother from their father —a man who could be quite violent who may have inherited his own father’s evil, sadistic, pedophilic traits.

In the summer of 1980 Kevin found himself in the “care” of his paternal grandfather, on the same day the man abducted an 11-year-old girl with the sole intention of raping her.

Kevin tried to stop him, and nearly died for getting in the way.

And she wasn’t the only little girl.

Today, Kevin’s largely conquered his demons—and shares the strategies he used to heal and transform.

I’m Supposed to Make a Difference is a riveting, emotional read for fans of true crime docuseries and those who appreciate the transformative power of the human experience.