Avery Dawson thought she had it all figured out… until she’s in need of a hero. Hero in Waiting: A Country Sweet Romance (Southern Rogues Book 1) by Shelby Flynn 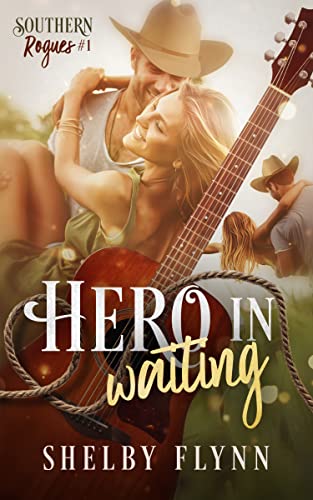 Kindle Price: $2.99
Supports Us with Commissions Earned
Here’s the set-up:
Avery Dawson thought she had it all figured out. A music career, a tour, and the entire world at her feet. Then her bus crashed on a deserted road and she found herself stuck… and in need of a hero.

When Jackson Pole stopped to help the country star trapped in the bus, he thought he was doing a good deed. But the next day, with Avery staying in his house and her fingerprints all over everything, he has one very disturbing realization: Now that she was here, she was going to change everything.

Life in his small town in North Carolina, on the ranch he worked so hard to buy, has always been more than enough for him. He never wanted anything more, and he certainly never wanted a woman. Especially a high-profile, high-maintenance one like Avery.

But when she leaves, intent on starting her tour and moving on from the disastrous week she spent waiting for her bus to be repaired, it turns out he was wrong.

He does need a woman. And only one woman will do: the one that just left him.

Hero in Waiting is a sweet romance that features cowboys, small-town characters, and plenty of romance, with a guaranteed HEA, and is the start of the Southern Rogues series.