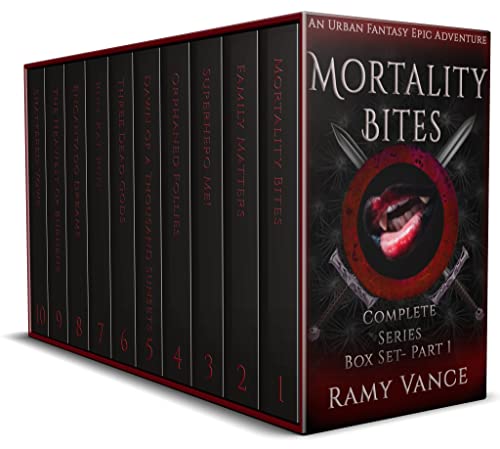 Four years ago, the gods left. All of them. Their last message to humanity was, “Thank you for believing in us, but it is not enough. We’re leaving. Good luck.”

Mythical creatures are real, and the world is finding out what life without the gods’ protection looks like.

Discovering that your neighbor was once an evil, blood-sucking fiend tends to bring property values down…

After three hundred years of being a vampire, Katrina Darling has forgotten what it means to be human. One thing she does remember is that friends matter.

Kat’s only real friend has been ritually sacrificed by a serial killer. Kat is sure more death will follow.

She should know. She used to be the monster plunging the blade in.

But just as the hunt begins, a mysterious young man discovers exactly what she was.

Kat has a decision to make: Run and keep her monstrous past hidden, or avenge her friend and save the city from a merciless serial killer?