There’s one truth about Hollywood – nothing is what it seems… Treachery Unmasked: a 1940s Hollywood Mystery by Dorian Rockwood 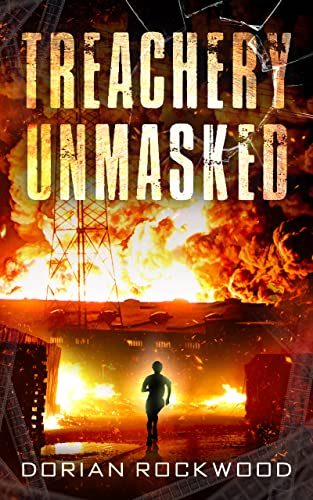 Success comes at a steep price, if you are willing to pay it.

Sammy Taylor was 1940’s Hollywood’s next big thing. At only 14, he is entering a crucial age for child actors in an industry known for chewing them up and spitting them out. Knowing he doesn’t have much more time to move into older, adult parts, and with his contract expiring at his current studio, Sammy follows along as his mother and agent seek a new home. None other than the biggest major, Metro-Goldwyn-Mayer!

Life is beginning to look up, but when his mother is arrested for passing counterfeit money, Sammy sees his world start to fall apart. His All-American film image in jeopardy, as well as his future career, Sammy starts a private investigation into where the money came from. His problems are only beginning as other characters settle on his heels: a man who may or may not be a Federal agent, a German-speaking man ransacking his room, plus a mysterious hooded and cloaked figure.

Events spiral out of control as Sammy discovers a wide reaching conspiracy reaching all the way back to Nazi Germany. Time is running out as Sammy and his friend collide with nefarious forces bent on the destruction of the United States economy – and them, if they get in the way.

And there’s one truth about Hollywood – nothing is what it seems.