Murder in Hampstead: a classic whodunnit in a contemporary setting (The Lucia Steer London mysteries Book 1) 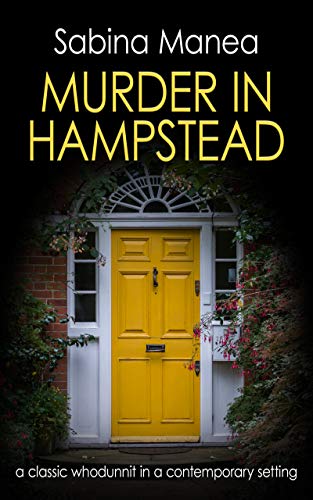 When lawyer-turned-interior designer Lucia Steer accepts a lucrative job renovating Beatrice Hall, a large house owned by a professor in a north London suburb, she has no idea of the impact it will have on her career.

No, not a full page spread in Vanity Fair, but the repercussions of her employer dropping stone dead during an afternoon party.

It is clear the victim was poisoned. But how? And by whom? Occurring pretty much in a closed room, anyone there could have been responsible for the murder.

When clumsy detective David Carliss turns up to investigate, he is overwhelmed and out-gunned by the high profile people at the party. Any of whom might, apparently, want the professor dead.

Lucia’s over-inquisitive nature and legal training leads her to offer Carliss a helping hand. And her eavesdropping and foray into amateur sleuthing will be invaluable. Especially as Lucia is used to getting her way and is even more driven when she doesn’t. 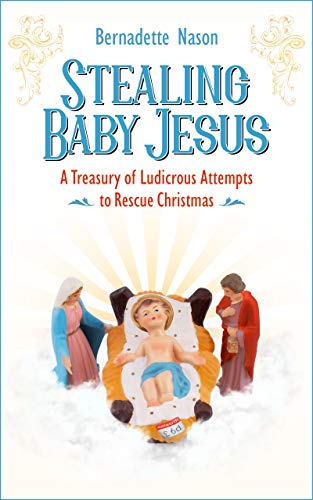 4.3 stars – 49 reviews
Kindle Price: FREE!
Supports Us with Commissions Earned
Text-to-Speech: Enabled
Available on Audible
Enjoy Bernadette Nason Books? Tell us why and WIN a chance for a FREE ebook!
Here’s the set-up:

Inspired by her mother’s attempts to create joyful traditions in tough times, and by Charles Dickens’ “A Christmas Carol,” Bernadette Nason has been forever striving to find the perfect Christmas, even though childhood memories haunt her. When she reads that her hometown of Winchester is vying for the coveted title of “Most Christmassy Town in Britain,” she’s gobsmacked. Most Christmassy town? Snort! Not on your nelly! And, suddenly, the ghosts of Christmases past are back, and Nason is reflecting on the consequences of deep-rooted family rituals.

Blending humor and humanity, nostalgia and glee, with a bit of slapstick thrown in for good measure, Nason embarks on a compelling voyage—from 1960s Britain to strife-torn Libya, indulgent Dubai to present-day “everything’s bigger in” Texas—in search of an elusive Christmas she’s not sure exists. In this stirring memoir, rich with offbeat adventures, she examines her pessimism, restores a cheerful attitude to the Holidays, and discovers there’s more to 25th December than holly, mistletoe, and sherry.