A royal fairy tale turns dangerous… Once Upon A Time: Billionaires in Disguise: Flicka (Runaway Princess Book 1) by Blair Babylon

Once Upon A Time: Billionaires in Disguise: Flicka (Her Royal Bodyguard Book 1) 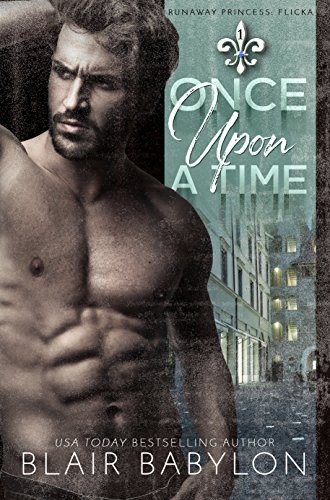 When a modern princess falls in love with her bodyguard, a royal fairy tale turns dangerous.

ONCE UPON A TIME, there was a beautiful princess. Flicka von Hannover lived an enchanted life. She jetted around Europe staging charity events with friends, had married a handsome prince in the most spectacular royal wedding of the 21st century, and should have lived happily ever after.

But then she found the handsome prince in bed with a duchess. And then a coffee shop barista. And then her own goddamn secretary.

Finally, the prince did the unthinkable, and the beautiful princess ran away.

The prince didn’t want to let her go. He couldn’t take his throne without her and sent henchmen to take her back to the castle. Her worried royal brother sent people to look for her, too.

The prince threatened her. He said that if the princess contacted her brother or any of her friends for help, he would kill her brother and her brother’s new, pregnant wife.

So the princess ran to the only person she could trust, a man who was frankly not a handsome prince.

Dieter Schwarz had been Flicka’s bodyguard for years. He had protected her from assassins, kidnappers, and high school dates who got too handsy after a few drinks. He was a sharp-witted, sharp-jawed, hard-muscled former Swiss Special Forces operator who had started his own private security firm, Rogue Security, and had no past that he spoke of.

No one knew that he had been her first lover and broken her heart, but he’s the only one she can trust now.