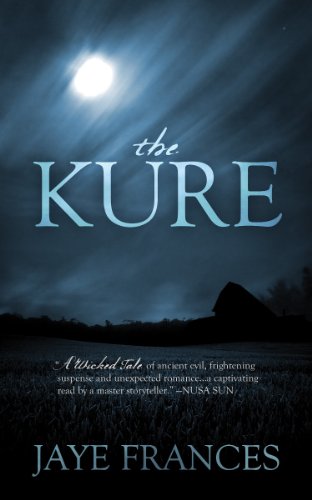 John Tyler, a young man in his early twenties, awakens to find a ghastly affliction taking over his body. When the village doctor offers the conventional, and potentially disfiguring, treatment as the only cure, John tenaciously convinces the doctor to reveal an alternative remedy–a forbidden ritual contained within an ancient manuscript called the Kure.

Although initially rejecting the vile and sinister rite, John realizes, too late, that the ritual is more than a faded promise scrawled on a page of crumbling paper. And as cure quickly becomes curse, the demonic text unleashes a dark power that drives him to consider the unthinkable–a depraved and wicked act requiring the corruption of an innocent soul.

Ultimately, John must choose between his desperate need to arrest the plague that is destroying his body, and the virtue of the woman he loves, knowing the wrong decision could cost him his life. 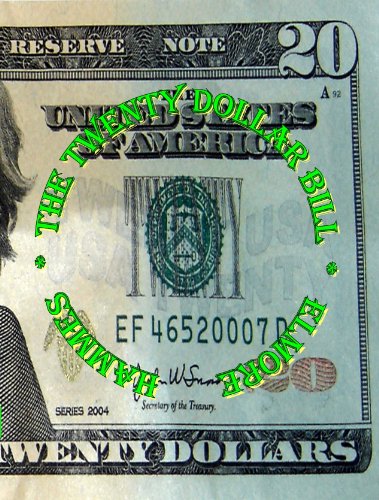 by Elmore Hammes
4.8 stars – 17 Reviews
Kindle Price: $2.99
Text-to-Speech and Lending: Enabled
Don’t have a Kindle? Get yours here.

Follow the path of a twenty dollar bill as it is stolen, given, spent or otherwise passed from person to person, traveling from place to place.

No bombastic explosions, steamy sex scenes, political intrigue or cosmic encounters. Just slices of life from the people you walk by every day – glimpses into how ordinary people interact, how they think, how they feel and how they love.

A contemporary novel exploring every day interactions and relationships. 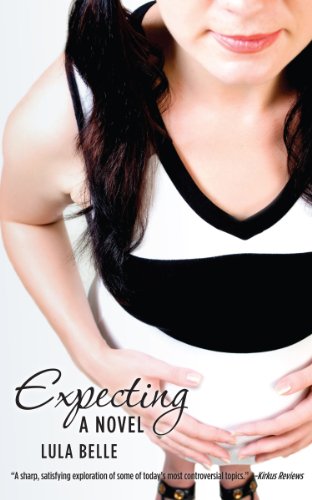 by Lula Belle
5.0 stars – 3 Reviews
Kindle Price: $2.99
Or Currently FREE for Amazon Prime Members Via the Kindle Lending Library
Text-to-Speech and Lending: Enabled
Don’t have a Kindle? Get yours here.

Age 14 and Up
..
What if John McCain had won the American Presidency in 2008, then died a few months later leaving Sarah Palin to become America’s first female president? What if political circumstance led to the repeal of Roe v. Wade, making abortion illegal again in nearly half of America?
..
This is the reality of Sheila Martin’s world. Sheila is a snarky, smart, fifteen-year-old piano prodigy whose main concern in life (besides boys) is her scheme to become an international pop star, just like Lady Gaga. Unfortunately, there are two problems keeping Sheila from realizing her dream: the first is her conservative, controlling mother; the second is that Sheila is pregnant.
..
Sheila is forced to grow up a little faster than she’d like to as she learns that the secrets of the past have a way of haunting the future, that no decision is ever black and white, and that in order to truly love she must first learn to forgive.
..
From the reviewers:
..
“Belle’s debut novel is a quirky alternate history from the perspective of a precocious, politically astute—and pregnant—teenager…Belle’s historical and political alterations are recent enough to engage even politically indifferent readers, and her divisive topics (free will, reproductive rights, parental control, how political policy affects even the youngest individuals) are addressed with a diversity of viewpoints and should spark intelligent debate. A sharp, satisfying exploration of some of today’s most controversial topics.” –Kirkus Reviews

This books is fabulous. It wrestles with the weighty issue of abortion (among other politically current topics) with depth and grace.  – VA Reader

Althought the subject matter may be touchy for some, it is a necessary discussion for all mothers and daughters. Expecting is an an easy read about a difficult subject. The heroine is a loveable girl who finds herself in a tough situation, yet learns to make the best of it.  SarahN 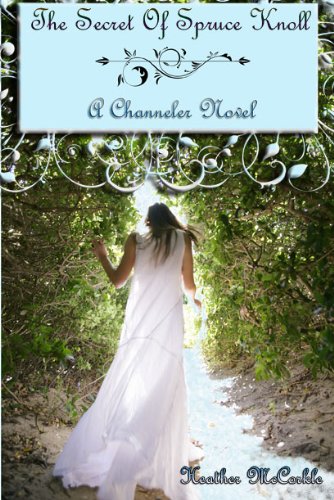 The Secret Of Spruce Knoll: A Channeler Novel

by Heather McCorkle
4.4 stars – 11 Reviews
Kindle Price: $4.99
Text-to-Speech and Lending: Enabled
Don’t have a Kindle? Get yours here.

Following the death of her parents, Eren Donovan moves to Spruce Knoll to live with an aunt she’s never met. Little does Eren know, the entire population are channelers—magical people who immigrated there when they were driven out of their homelands. Channelers are tied to the fate of the world, and as it slowly dies, they are going extinct—and they alone have the power to save the earth. Soon, Eren learns she not only lives among them, but she is one. When she meets local boy Aiden, his charm convinces her that being a channeler may not be all bad though.

As Eren and Aiden’s relationship develops, so too does a mystery in Spruce Knoll. The town holds many secrets—and many dangers. It soon becomes apparent that the untimely death of Eren’s parents was no accident and that her life might be in danger too. Only time will tell if Eren can embrace her unwanted power and protect the only family she has left.

Absolutely loved the creative twist on the ‘coming into power’ theme. Channelers, rectors, warriors, healers… it all tied together beautifully.  –  SBW

A Heart Warming Fantasy. McCorkle takes a classic theme and adds her own creative variations on it. Eren is a wonderful character, well-written and accurate for girls her age. The reader feels everything she’s going through, both negative and positive. A book adults and young adults, alike, will enjoy! – S. Lawrence
Each day’s Kindle Daily Deal is sponsored by
one paid title on Kindle Nation. We encourage you to support our sponsors and thank you for considering them. 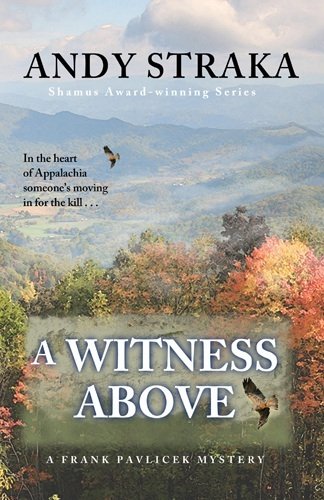 A Witness Above (A Frank Pavlicek Novel)

by Andy Straka
4.0 stars – 30 Reviews
Kindle Price: FREE!
Text-to-Speech and Lending: Enabled
Don’t have a Kindle? Get yours here.

One shot. One fatal error.
..
Thirteen years ago, Frank Pavlicek left the NYPD under less than ideal circumstances.
..
Now, the divorced father of a teenage daughter, he works as a private investigator in Charlottesville, Virginia, where he indulges his passion for falconry – and tries to live outside the shadow of his past.
..
Frank is hunting with his red-tailed hawk, Armistead, when he finds it. A teenage boy’s body – barely concealed behind a pile of brush in a part of the forest Frank recently visited with his daughter, Nicole. It’s a truly gruesome crime scene – one of the many things Frank doesn’t miss about working homicide in the big city.
..
But what Frank finds in the dead boy’s wallet is even more disturbing: Nicole’s phone number, scribbled in ink on the edge of a bill. He pockets the evidence and flees. Days later, his daughter is in jail. His past is coming back to haunt him. And his reputation – and life – are on the line…

“Pavlicek is a breath of fresh air in the field of private eye fiction.”  –Jeffery Deaver

Aside from good writing, an interesting plot, and the unusual aspect of the falconry, it’s nice to see someone come along with a new P.I. who is not drowning in wisecracks. Andy Straka has managed to avoid the more obvious cliches of the genre while continuing to pay, homage to the conventions of it. Straka should be proud. –ROBERT J. RANDISI, Founder, Private Eye Writers of America 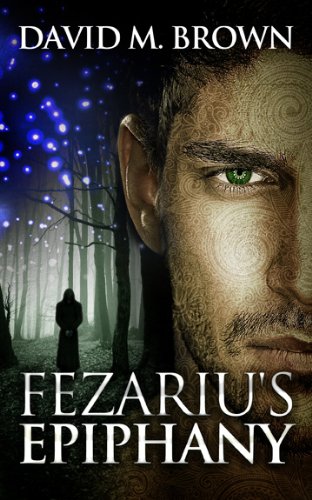 by David M. Brown
4.2 stars – 17 Reviews
Kindle Price: 99 cents
Or Currently FREE for Amazon Prime Members Via the Kindle Lending Library
Text-to-Speech and Lending: Enabled
Don’t have a Kindle? Get yours here.

12-year-old Fezariu thought his mother died when he was little, but when his beloved stepfather dies the boy discovers she is alive and well – and working at the most famous brothel in all of Elenchera. When she cruelly rejects him it’s more than he can bear, and he runs away to join a band of ruthless soldiers for hire. The Merelax Mercenaries will fight for anyone who can pay them, no matter the justice of the cause.

Fezariu grows up among the soldiers and becomes one of them. He thinks his time with the mercenaries has hardened him. But a campaign in his old home town pushes him too far, and he discovers what really happened to his mother. Maybe there are some things money shouldn’t buy… and maybe it’s time Fezariu took his revenge.

Each day’s Kindle Daily Deal is sponsored by
one paid title on Kindle Nation. We encourage you to support our sponsors and thank you for considering them.
.. 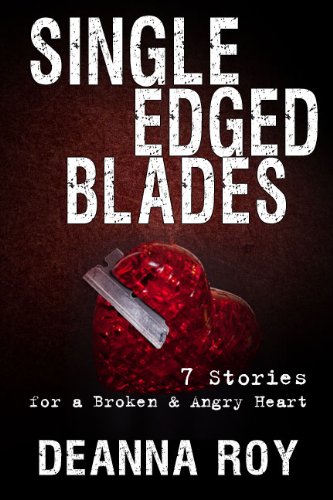 Single Edged Blades: 7 Stories for a Broken and Angry Heart

by Deanna Roy
5.0 stars – 3 Reviews
Kindle Price: 99 cents
Text-to-Speech and Lending: Enabled
Don’t have a Kindle? Get yours here.

For those who never seem to handle a breakup with dignity and grace, this collection of short stories was written just for you.

Ranging from hilarious to harrowing, each of these seven stories has a song playlist to set the mood for characters who are bitter, tormented, or just plain pissed off.

An extensive list of songs themed by misery, rage, or revenge also appears at the end of the collection to provide the perfect soundtrack for your bad breakup or anti-Valentine’s Day.

Lending is enabled so you can pass your collection on to the friend who needs it next.