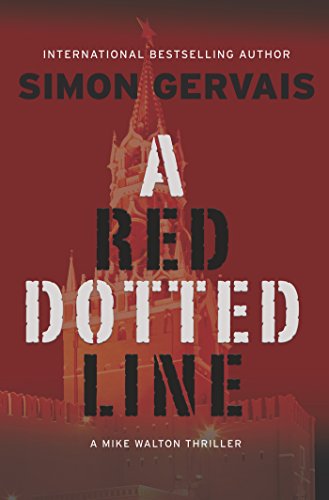 Terrorism became personal for Mike Walton on his last mission—a mission that resulted in triumph…and devastating tragedy. Now the stakes have been raised again.

Mike and his wife Lisa—both covert assets of the International Market Stabilization Institute, a privately funded organization operating outside official channels to protect North America’s financial interests—are sent to Russia after an attempt on their superior officer’s life. It is a mission fraught with peril and one that becomes exponentially more dangerous when their covers are blown within hours of setting foot in Moscow. Now, they are being hunted down by the Sheik, the terrorist mastermind behind the kidnapping of Mike’s father, Ray Powell, and to the treachery that turned Mike and Lisa’s lives upside down.

To make matters worse, there are clues that Biopreparat—the former Soviet Union biological warfare agency—has been resurrected and is about to launch a strike against the United States. This forces Mike and Lisa to make the most difficult choice of all. With Ray Powell’s life hanging in the balance, and the slightest mistake potentially igniting the next World War, nothing is what it seems.
And the line between friend and foe is blurring.

A stunning experience by one of the hottest voices in thriller fiction, A Red Dotted Line takes readers on an unforgettable ride.

REVIEWS
“Gervais brings back covert agents Mike Walton and his wife, Lisa, in this stellar follow-up to THE THIN BLACK LINE…. The personal stakes involving his protagonists and almost nonstop action keep the pages turning; his improved prose style reveals that Gervais is a thriller writer to watch. The next book in the series can’t come soon enough.” (Library Journal, September 15, 2016)

“A RED DOTTED LINE reminds us of what thrillers are supposed to be: thrilling. Gervais, a former anti-terrorist agent, knows the world that he writes about and illuminates the dark threats we all face on the global stage. A RED DOTTED LINE will entertain, educate, and engage even the most jaded reader of international thrillers.” (Nelson DeMille, New York Times bestselling author)

“A RED DOTTED LINE is a taut and intelligent thriller chock full of excitement and authenticity. Simon Gervais shows off an expansive range of knowledge and an equally remarkable ability to keep a complex story moving along at a breakneck pace. The plotting is first rate, and the wide cast of standout characters memorable. Readers will find A RED DOTTED LINE reminiscent of the very best of Vince Flynn and David Baldacci.” (Mark Greaney, New York Times bestselling author)