As the son of a famous general, Aravon is proud to captain his own company against his people’s enemy. But the experienced veteran’s march toward glory dissolves into pain as ruthless barbarians massacre every last one of his soldiers. Burning for vengeance, he leaps at the chance to spearhead a specially-trained company and pay back his tragic defeat with blood.

Desperate to not repeat his tragic past, Aravon trains his new warriors relentlessly. But the captain fears that all the tactical drills in the world may not matter when they’re forced to defend a helpless village against overwhelming odds. As his quick raids sow chaos amongst the enemy, the bloodthirsty savages threaten to make Aravon’s nightmarish history repeat itself…

Can the captain take command of his fighting spirit before the kingdom falls to barbarous invaders?

Shields in Shadow is the first book in the action-packed Silent Champions military fantasy series. If you like square-jawed heroes, well-oiled military action, and epic world-building, then you’ll love Andy Peloquin’s gripping novel.

“Once I started reading I couldn’t put it down!” — Amazon Review

“With almost uninterrupted action, a very detailed universe, very complex characters and an excellently developed plot, this book deserves to be among the best in Epic and Military Fantasy!” — B.A. Leon
“The interwoven threads of suspense, intrigue, difficulties and investigative solutions sprinkled with a touch of humor makes this an exciting and entertaining read. You will not be bored, put this at the top of your 5 star books to be read list.” — Goodreads Review 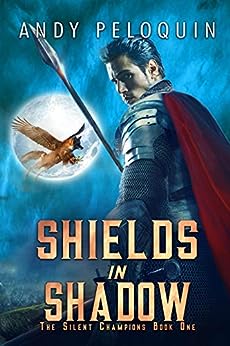 He’s an assassin with a moral code. But playing by the rules won’t silence the beating of hell’s blackest hearts…

The Hunter spills blood to quiet the voices in his head. With his cursed dagger by his side, the feared assassin vows his ruthless gift will only strike down the wicked. So when dark enemies trick him into taking an innocent life, he unleashes the full force of his rage.

Devastated by his irreversible actions, he won’t stop until he dismantles the evil syndicate that deceived him. With each traitorous criminal he cuts down, the more determined he is to expose the secrets of the killing blade that torments his mind.

Will the truth set him free or seal his eternal damnation?

Buy Darkblade Avenger to watch an assassin get his revenge today!

Such good reading I had to finish in one sitting. — K.P.

What can you say about a book that grabs you from the very first page? You become a bit obsessed and read the whole book in like three days! – P.S. 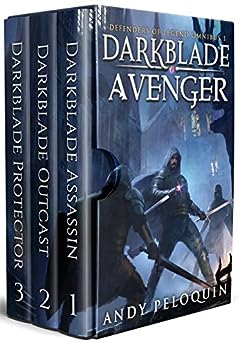 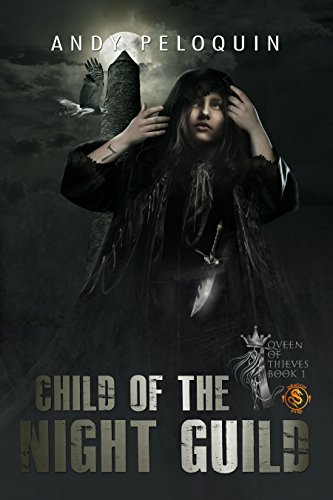 “They killed my parents. They took my name. They imprisoned me in darkness. I would not be broken.”

Child of the Night Guild: Queen of Thieves

Viola, a child sold to pay her father’s debts, has lost everything: her mother, her home, and her identity.

Get It Now
See more by this author!
Categories: All Fantasy; All Horror

“Another awesome installment in Ilanna’s story! Mr. Peloquin weaves amazing tales full of excitement and heroics! I love the way Ilanna’s fate and the Hunter’s are intertwining!” – Amazon Review

Ilanna, Master of the Night Guild, has waged a war for eight years to cleanse her city of the rival criminal organization that nearly destroyed it. When she uncovers a ring of slavers trafficking young girls for sexual servitude around the continent, she is forced to venture into the city of Voramis, the seat of her enemy’s power, to hunt down the true culprit and put an end to the enslavement of innocents.

But her enemies will not be so easily eliminated. She must turn to the one man certain to get the job done: the Hunter, legendary assassin of Voramis.

The Hunter willingly accepts a fortune in gold to kill one of the richest men in his city. A mansion fortress and a private army should prove no match for his inhuman abilities.

But as he stalks his target, he unmasks a bloodthirsty conspiracy in the guise of a holy mission. If he doesn’t stop the men responsible, the gruesome murders will continue and people—including those he has sworn to protect—will die.

Note: This book is a standalone that takes place after the events of Queen of Thieves Book 3. Suggested reading order:

Child of the Night Guild

Thief of the Night Guild

Queen of the Night Guild

Enjoy Andy Peloquin’s Books? Tell us Why and Win a Free Book! 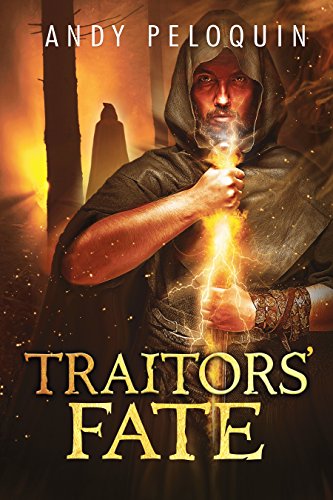 What Readers Are Saying:
This collection of stories keeps you engrossed right through to the end. – S.S.
These stories about people trying to overcome, or at least come to terms with, the hardships of their lives. Worth the read! – T.E.

This is one of those books that leaves you wanting more. – S.S

Betrayed by mind and body, these people fight to survive in a grim world that takes no pity on the weak. Yet their burdens may prove the true measure of their character.

Their challenges were real.
The dangers were immense.

You’ll be hooked by this collection of fantasy stories that shatters the preconceptions of what is possible.

With each page you’ll be drawn in further and further. These stories may even change the way you see the world.

Enjoy Andy Peloquin’s Books? Tell us Why and Win a Free Book!
Authors and Publishers: How to Sponsor Kindle Nation Daily 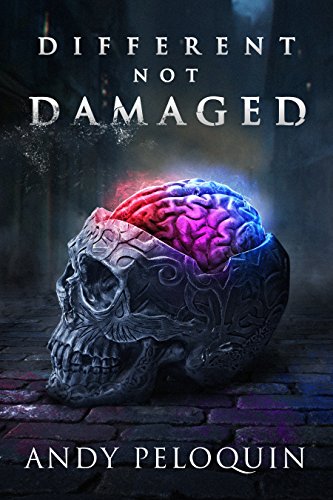 “An edge of your seat, fast-moving and unforgettable read from Andy Peloquin.” 5 star Amazon review

Child of the Night Guild (Queen of Thieves Book 1)

“They killed my parents. They took my name. They imprisoned me in darkness. I would not be broken.”

Viola, a child sold to pay her father’s debts, has lost everything: her mother, her home, and her identity. Thrown into a life among criminals, she has no time for grief as she endures the brutal training of an apprentice thief. The Night Guild molds an innocent waif into a cunning, agile outlaw skilled in the thieves’ trade. She has only one choice: steal enough to pay her debts.

The cutthroat streets of Praamis will test her mettle, and she must learn to dodge the City Guards or swing from a hangman’s rope. But a more dangerous foe lurks within the guild walls. A sadistic rival apprentice, threatened by her strength, is out for blood.

What hope does one girl have in a world of ruthless men?

Enjoy Andy Peloquin’s Books? Tell us Why and Win a Free Book!
Authors and Publishers: How to Sponsor Kindle Nation Daily