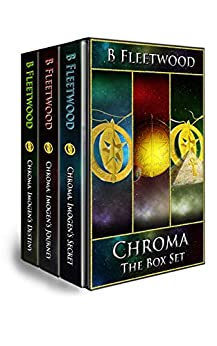 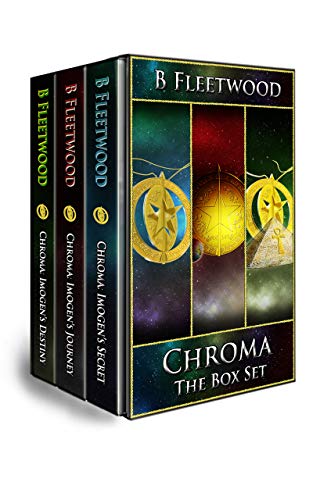 Imogen Reiner, almost seventeen, can see the colour of lies. She can read Chroma, the invisible aura of colours we all emit betraying our deepest emotions.

But why is she so different? Who is hunting her family and why do enemy forces want her dead?

It is May 2016 and in a matter of days, Imogen’s life is completely flipped. Two young men enter her life uninvited; the light-hearted Leo and the seductive Araz. One was sent to protect her, the other to capture her. Can she trust either? Imogen only has her grandfather to turn to, but he is frustratingly silent when it comes to answering her many deep soul-searching questions. As she is bequeathed a mysterious locket, the enemy closes in and she suddenly finds herself caught up in a battle with far-reaching consequences.

In this epic coming of age adventure, Imogen is about to uncover the shocking truth about her history and identity. It will take her on a journey crossing space and time and change everything she has taken for granted. Can she save those she loves and discover where her destiny lies?

“Brilliant world-building and a plot that is sustained throughout the trilogy.” Allie Cresswell, M.A. best-selling UK Author of Tall Chimneys

“An Exciting YA Series! I’ve always enjoyed the unique Chroma aspect of the series—reading people’s emotions as colors. Of course, the series has exploded with so many more high-tech concepts, like the Tractus device that allows users to travel through space and time. Imogen faces her greatest battle yet as the leaders of Holis hide a devastating secret—one that will destroy everything Imogen loves. Well-done, exciting battle scenes and a final showdown that had me breathless!” Kyla Stone best-selling US Author of Dystopian Series like Edge of Collapse

“A rare find. Getting teens away from games and social media is quite a task, add T.V to the mix and it’s almost Mission Impossible – until now. The Chroma Trilogy takes me back to a time when, as a mum my son and his friends were excitedly talking about a new book they were reading whose main character was a boy who had just found out that he was a wizard…” Karen Burrow, Senior Education Leader, UK

“An exciting adventure of bravery, sharp discernment, and loyalty. Jumping (literally) between Earth and Holis the character’s worlds overlap in a thrilling story which keeps you guessing until the very end.” AJ (Amazon customer)