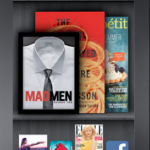 If you are Melissa Bleier of East Haven, Connecticut, you did. Melissa won hers on Monday in last week’s Kindle Nation Daily KINDLE FIRE Giveaway Sweepstakes, and when it arrives at his home today he will become the 17th citizen of Kindle Nation to win a Kindle Fire from us in the past few months.

But we’d like for you to be one of about 50 people who will win one of these Kindle Fire tablets from us during the remainder of 2012, and all you have to do is follow the extremely easy steps at the end of this post to have a great chance to win.

Like each one of our weekly sweepstakes, this week’s giveaway is sponsored by a talented author who has proven to be a favorite with our readers. Anna of Corotoman author Barbara Frank is springing for the Kindle Fire that could very well end up with your name on it, so it only makes sense to pay it forward and stimulate both your karma and your imagination at the same time by chancing $4.99 to grace your Kindle with a novel that is averaging 4.9 stars on 10 out of 10 rave reviews from discriminating readers like us.

Here’s the scoop on Anna of Corotoman:

Anna of Corotoman (Princess Book I) 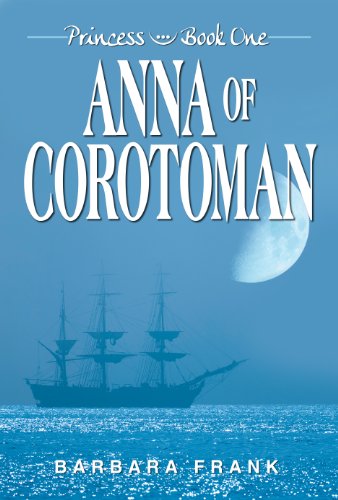 Here’s the set-up:
A young girl is kidnapped in a remote region of Africa and transported to the new world on a slave ship, bringing along with her an ancient religion and a matrilineal legacy she manages not only to preserve, but to send forward into the future.
From the Reviews:
Anna of Corotoman is a beautifully written, meticulously researched and wonderfully imagined work of historical fiction that traces the life of a remarkable African woman taken in slavery in her youth to the New World. Barbara Frank is a gifted storyteller who has drawn from her own life experiences and her life-long immersion in history, particularly the history of the south and of Virginia. Anna’s story begins long before she’s born as we learn of her goddess-queen tribal ancestry. That ancestry and the mark of the goddess on her body mold her life as a house slave in colonial Virginia. Anna herself and the other beautifully-wrought characters we meet are memorable and moving. This is the first in Ms. Frank’s Princess trilogy, and I’m eager to read more.
Amazon Reviewer Diana

Barbara Frank grew up in rural Arkansas and now lives on a farm in Virginia. During her years in academia, she wrote literary criticism and poetry, and held teaching positions at the Johann Wolfgang Goethe University in Frankfurt am Main, Boston University, Howard University and the Federal City College, now the University of the District of Columbia. She later worked in the Africa Bureau and in the Sudano-Sahelian Office of the United Nations Development Programme, leaving UNDP for an assignment with the International Chamber of Commerce in Paris. In the private sector she has held positions with two major international financial institutions. The discovery of bills of sale for slaves in the attic of an eighteenth century farm house provided the impetus for her books of historical fiction about an African girl and her descendants. See http://www.Marshbooks.com and http://facebook.com/pages/Marsh-Books/122257661183061 for backstory.