Bittersweet Blood: A Novel of The Order

by Nina Croft
4.1 stars – 39 reviews
Kindle Price: 99 cents
Everyday Price:
Text-to-Speech: Enabled
Don’t have a Kindle? Get yours here.
Here’s the set-up:
Tara Collins just wants to be normal. Everyone else wants her dead.
Tara’s eccentric aunt raised her to be fearful of the world and follow the rules. But after her aunt’s death, Tara is ready to take control and experience life for the first time. But she quickly discovers that everything she’s been told is a web of lies. Determined to solve the mystery of who she is truly, she hires a private investigator to help her uncover the truth.
Christian Roth is more than your average PI. A vampire and ex-demon hunter, Christian lives among the humans, trying to be “normal.” But recently, things seem to be falling apart. There’s a crazed demon hell-bent on revenge hunting him down, and a fae assassin on the loose with an unknown target. And the Order he abandoned desperately needs his help.
As the secrets of Tara’s past collide with the problems in Christian’s present, she finds herself fighting her attraction to the dark and mysterious investigator. Falling in love does not fit into her plans at all, but Tara soon learns that some rules are meant to be broken. 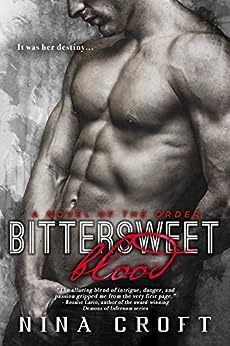