is more than just a hilarious superhero dark comedy. It is also an inspired parody of celebrity cult madness, a meditation on the impact of superhero mythology, and an exploration of different kinds of heroism and hero worship.” Eric Quinn Knowles’ novel Boltman


A hapless young man believes he is the incarnation of Boltman, a comic book superhero.

On a quest to unlock the secret of Boltman’s super powers and complete his transformation, Kevin must rescue his sidekick, Ampere, from the clutches of Tommie Boy and the Church of the Mind, an evil celebrity cult of energy vampires.

In his costume, Kevin is stronger and faster than anyone can believe; he becomes Boltman, but Boltman has a mind of its own. On the path to fulfill his destiny, Kevin begins to wonder if he is really just losing his mind, or if Boltman is a separate entity, bent on using Kevin for its own mysterious ends.

“Highly recommended for anyone who has ever wanted a super power or laughed at the antics of Hollywood’s A-list.”“Boltman is more than just a hilarious superhero dark comedy. It is also an inspired parody of celebrity cult madness, a meditation on the impact of superhero mythology, and an exploration of different kinds of heroism and hero worship.”

Charge up your Kindles! Skip school. Call in sick. Send the kids to their grandparents’. Boltman‘s an electrifying read for less than the price of a latte in Seattle. Occasionally you find a gem on the eBook bargain racks–Boltman is definitely one of them. If Knowles can afford to pump out electronic pulp at these prices, Boltman‘s going to zap readers like you and me all over the world out of our economic malaise. I’ve never gotten so many bangs for my buck! And that’s what’s good about Boltman. Lots of laughs and lots of action. 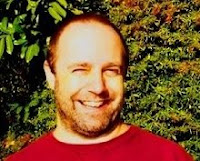 An author, journeyman techno-mage, massage therapist, business owner (hail to the King, baby), and former driver of your neighborhood ice cream truck, Eric hails from the Pacific Northwest where he continues to enjoy life in a quiet community near Seattle. When not writing, Eric enjoys reading a variety of genres from superheros to detective fiction, playing Magic The Gathering with his nephew, Dungeons and Dragons with the older crowd, and watching Real Housewives of Atlanta with his girlfriend (because he has to).