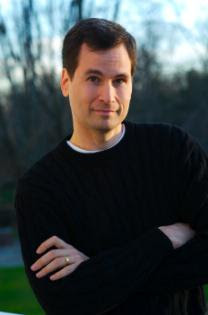 David Pogue is a great guy. I’ve been reading his New York Times “Circuits” columns on technology for years, and despite the fact that he doesn’t know me from Adam, he responded the very same day back in late 2007 when — before my own Kindle arrived from Amazon — I emailed him a few questions about Kindle functionality on his review model.

The fact that he manages to be so forthcoming and helpful while also maintaining an incredible level of productivity — one that enables him to write five books a year, file two columns a week, churn out a daily blog, speak 40 times a year and film a video every Thursday — is something to which I can only aspire. (I only wrote three books last year, and I assiduously avoid video cameras no matter who is holding them!)

But in my interactions with hundreds of Kindle Nation members — we are over 3,300 strong now! — I notice that one thing that stands out about Kindlers is that we care deeply about productivity and guard our time carefully, even if only to protect our reading time. With that in mind, I want to recommend a terrific column that David wrote recently on some of the ways in which he uses technology — his beat, after all — to maximize his own productivity. I hope you enjoy it … if you have time to read it: