I Will Fight No More Forever (Sam and Henry Book 2) 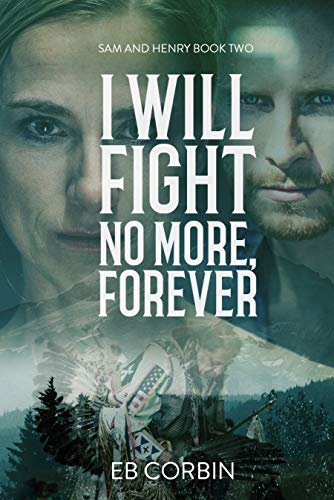 – Learn More
Text-to-Speech and Lending: Enabled
See more titles by EB Corbin
Here’s the set-up:
Sam left the FBI to focus on a new goal— to return the money swindled by her father from innocent victims. From his jail cell, her father is determined to get his money back. He offered a reward for information leading to the cash and he doesn’t care what happens to his traitorous daughter in the process.
Sam needed someone to watch her back and decided to take a chance on an unemployed ex-Navy Seal, Henry Samuels, who has a secret unknown to Sam. Together, they traveled to Portland, Oregon the starting place of her father’s con.
When she contacts Nina Dark Horse about the money conned from the Native American, Sam becomes ensnared in a plot against the Consolidated Tribes of Warm Springs Oregon. Thousands of Native Americans will be visiting from other areas for an upcoming powwow to be held soon and the results could be disastrous.
Hatched by a right-wing state senator using his White Supremacist followers, it could lead to an all-out war in the Pacific Northwest. The FBI claims their hands are tied so it is up to Sam, Henry and their resolute taxi driver, White Cloud, to stop the threat.
While Henry is undercover trying to learn more about the conspiracy, Sam runs into a malevolent hit woman determined to get the money that she has hidden from her con man father. The woman is more nefarious than any of the others sent by her father and leaves Sam with a deeper fear than she ever experienced.
Can they stop the attack on the reservation before the planned powwow?
Can Sam get over her debilitating anxiety in order to continue her mission?
Find out in Book Two of the Sam and Henry series.

Too Many Secrets: Book One in the Roxanne Boudreaux Trilogy

by EB Corbin
4.7 stars – 23 reviews
Kindle Price: 99 cents
Everyday Price:
FREE with Kindle Unlimited– Learn More
Text-to-Speech and Lending: Enabled
Enjoy EB Corbin Books? Tell us Why and Win a Free Book!
Here’s the set-up:
A suspenseful mystery/thriller with hints of romance and betrayal.
Two murders, missing cash and a long-kept secret turn Roxanne’s life upside-down.
Roxanne Boudreaux never knew her Aunt Roxy existed until notified of the woman’s death. Named as the sole heir to her aunt’s estate, the Pittsburgh tax attorney finds herself in a world of danger she never anticipated.Intent on securing a partnership in her law firm, Roxanne dismisses her inheritance as irrelevant. But after an abrupt end to a serious relationship, she travels to Oilville, PA and reluctantly accepts help from DSS Agent John Callahan.
They encounter several deadly obstacles including a member of the Irish Republican Army sent to retrieve money hidden years ago.
Roxanne has no idea what to do with her small-town legacy when a shocking revelation from her mother adds to Roxanne’s confusion.
As the chaos in her life grows, can she overcome both the threats and turmoil? Will she let Callahan defend her or go it alone?

“I thought the author’s eye for detail enhanced this book. Her description made you feel like you were right there with the character. Great read” 5 star read 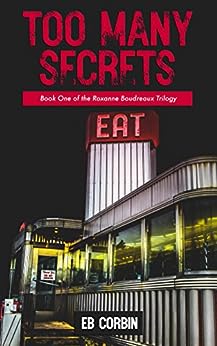