Enslaved (Brides of the Kindred Book 14) 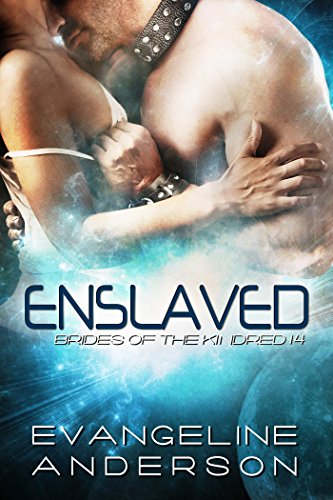 4.7 stars – 78 Reviews
Kindle Price: $3.99
Text-to-Speech and Lending: Enabled
Don’t have a Kindle? Get yours here.
Here’s the set-up:
Book 14 of the Brides of the Kindred Series

Anything for you Mistress…Thrace S’ver is an unwilling slave. Drugged and bound, he is taken to the Flesh Bazaar and put up for sale to the highest bidder. But this is not the first time Thrace has been on the auction block—he has a past full of horrors he doesn’t intend to repeat. Desperate to be free, he swears he’ll kill whoever buys him.Lonnara Trin is the Captain of a merchant ship from the all female planet of Zetta Prime where sexual relations with a male are considered unnatural and wrong. She has no use for males personally, but she needs a big, muscular slave or her business will suffer—Thrace fits the bill.Soon Mistress and slave are embroiled in a desperate conflict which draws them intimately together. To her surprise, Trin actually begins to have feelings for her slave. And though Thrace swore to be free, he finds himself devoted to his new Mistress. When their differences threaten to tear them apart, Trin tries to grant Thrace his freedom. But she doesn’t realize that his heart has already been…Enslaved.
5-star Amazon reviews:
“A wonderful science fiction romance about how a woman (Trin) from a planet which abhors men, and a man (Thrace) from a planet which does not get involved with women for more than a one night stand come together, learn to trust, and fall in love.“
“Another fascinating story in the Kindred series, it transports the reader to another level...”
“… Too good to put down. Too addictive to not read all of the series.“
Don’t miss Book 1 in the Brides of The Kindred Book Series:

Claimed (Brides of the Kindred Book 1) 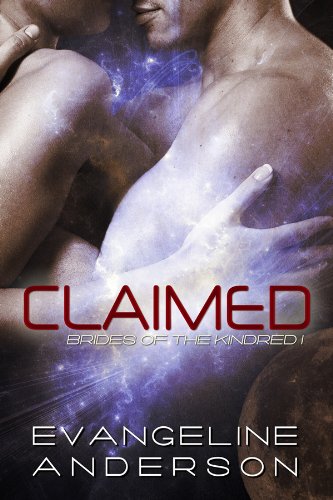 Brides of the Kindred Book One—Claimed

Olivia Waterhouse has just graduated from nursing school and has her whole life ahead of her—until she gets drafted. Problem is, she isn’t being forced into the Army, she’s been chosen as a Kindred bride.

The Kindred are huge alien warriors—a race of genetic traders whose population is ninety-five percent male. After saving Earth from the threat of invasion they demand a reward—the right to find brides among the population. The chances of being chosen are about the same as those of winning the lottery—guess it’s just Liv’s lucky day.

Baird is a Beast Kindred who recently escaped imprisonment and torture at the hands of the malevolent Scourge. Through the torment and pain only one thing kept him sane—the thought of finding and claiming his bride—Olivia. His need to possess her is a burning intensity that threatens to consume them both.

Angry at having her future and her family taken away from her, Liv vows to fight back the only way she can—by resisting. She has one month on the Kindred Mothership with Baird—their claiming period. If she can keep from having bonding sex with him during that time, she can go home and get on with her life on Earth.

But Baird isn’t going to make it easy for her. Every week he is allowed to touch Liv more and more intimately and according to the contract she signed, she has to let him. She’s determined to resist him but his touch sets her on fire. And just as she thinks she knows what she wants, a twist of fate and an attack by the faceless Scourge AllFather changes everything…