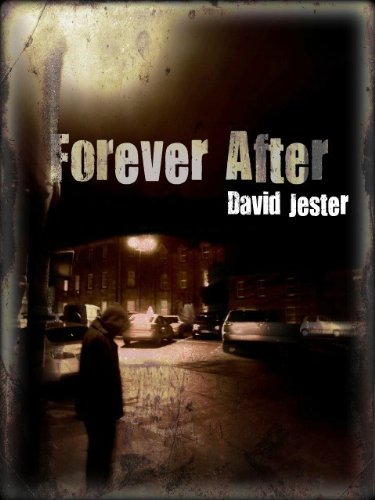 4.1 stars – 53 Reviews
Kindle Price: FREE!
Text-to-Speech and Lending: Enabled
Don’t have a Kindle? Get yours here.
Here’s the set-up:

Forever After follows Michael Holland, a grim reaper in a grim town. An embittered and melancholic man who struggles to grasp the purpose of his own existence, or lack thereof. He is a minuscule cog in a monumental machine and knows less of his role than those surrounding him — from his boss, the mighty Angel of Death, to his friend and flatmate Chip: a grubby midget tooth fairy with an addiction to pot and procrastination.

Brittleside is a dank, dark and decrepit town, and Michael Holland is its reluctant reaper. From dealing with the drunks, the druggies and the wasters, to tracking an escaped demon who believes he is Santa Claus; Forever After follows his escapades over four dark and humorous tales.

A paranormal and comic romp through a fantasy world where the mythical, the fantastical, the insane and the typical combine. A mix of dystopia and comedy, if the works of Philip K. Dick and Terry Pratchett were to ever procreate, Forever After would be the bastard child of their creative communion.

The opening novel to the Forever After series.

5 Star Amazon Review
“The description compares the novel to works by Philip Dick and Terry Pratchett. Will Self would be a good comparison too. Even the grim reaper hates his job, and werewolves who steal souls are not people he’s into either. Michael, the reluctant grim reaper, goes around with his sidekick walking in on murders and mayhem. It a fun, gritty, foul language filled book. I loved every minute of it.”
About The Author
Visit David Jester’s Amazon Author Page
David Jester is the pseudonym of a novelist and short story writer living in the North East of England. Author of several comedy and horror titles including the best selling comedy An Idiot in Love and the Forever After series.

To learn more about David contact him via Twitter (@DavidJester) or check his blog page for regular updates about him and his work: http://www.David-Jester.com.

And here, in the comfort of your own browser, is your free sample of Forever After by David Jester: