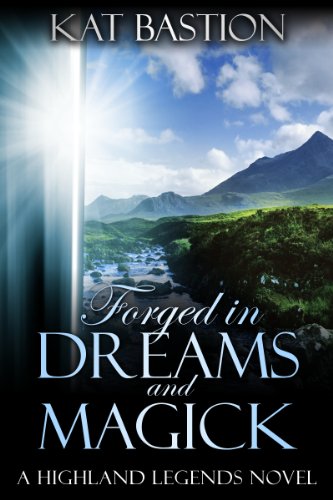 4.0 stars – 67 reviews
Kindle Price: 99 cents
Text-to-Speech and Lending: Enabled
Don’t have a Kindle? Get yours here.
Here’s the set-up:

Chosen by FreshFiction.com as their Fresh Pick for October 22, 2013
Kat Bastion’s award-winning debut in the Highland Legends Series:

Isobel MacInnes wakes up in present-day California, lunches in medieval Scotland, and by ten days’ end, falls in love with a man and his country, only to lose them in a heart-wrenching twist of fate . . .

Found in the arms of her second soul mate . . .

Forced to balance the delicate strands of time between two millennia . . .

Shocked by revelations rewriting the very foundations of history . . . of everything.

Isobel, a rising-star archaeology student, is dropped into two ancient worlds without warning . . . or her permission. Her fiery spirit resists the dependency thrust upon her. Amid frustration at her lack of control, she helplessly falls in love. Twice.

She struggles to adjust to the unimaginable demands of two leaders of men–a laird in the thirteenth-century Highlands and a Pict chieftain in a more ancient Scotland. Isobel transforms from an academic, hell-bent on obtaining archaeological recognition, to a woman striving to care for those she loves, and ultimately . . . into a fearless warrior risking everything to protect them. 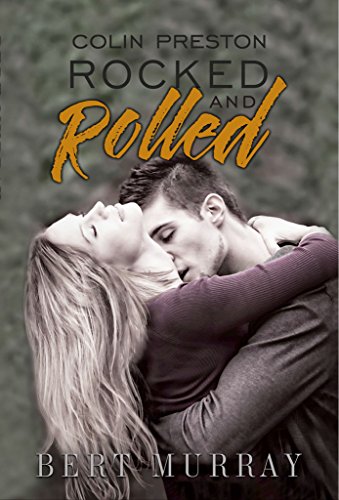 3.9 stars – 116 reviews
Kindle Price: FREE!
Text-to-Speech and Lending: Enabled
Don’t have a Kindle? Get yours here.
Here’s the set-up:
This novel is an exciting college story set in the 1980s about best buddies, parties, dating, new experiences and dangerous secrets. Colin and Karl are best friends and college sophomores enjoying an adventurous social life at a preppy, upstate New York college. However, when Colin meets green eyed Jasmine everything in his life is soon turned upside down. The steamy romance between gorgeous Jasmine from Laguna Beach, California and handsome Colin from New York City will keep you turning the pages. The book will take you back to college again and allow you to once again experience all the highs and lows of first love. The book is also a dark comedy that is filled with humor and satire and plenty of teenage angst. 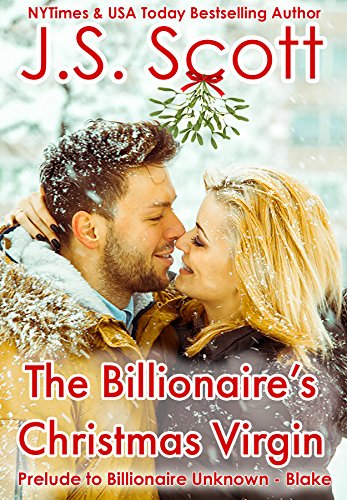 4.3 stars – 187 reviews
Kindle Price: FREE!
Text-to-Speech and Lending: Enabled
Don’t have a Kindle? Get yours here.
Here’s the set-up:

For readers of The Billionaire’s Obsession series! Meet the young, idealistic Blake Colter, long before he became a US senator, and his steamy first encounter with his heroine!!! It’s Christmas Eve, and what in the hell am I doing? I’m looking for an eighteen-year-old spoiled brat in the middle of a blizzard. It’s not really how I pictured my winter break from college, that’s for sure. Harper Lawson was a brat as a child, and she’s never really grown up as far as I’m concerned. Running away from her wealthy parents’ home just goes to prove she’s still the immature female I knew when I was a kid. But when I finally find Harper in a homeless shelter, she turns my world upside down. She’s not at all what I expected, and when two of us are stranded together overnight in a rundown motel, everything I thought was true suddenly becomes false. Years have gone by without us seeing each other, but when we meet again, sparks fly, and Harper threatens to turn my whole world upside down on one very snowy Christmas Eve. 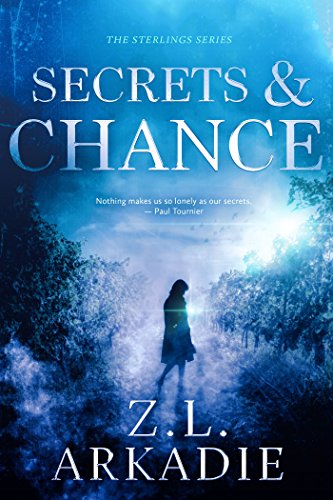 4.3 stars – 37 reviews
Kindle Price: FREE!
Text-to-Speech and Lending: Enabled
Don’t have a Kindle? Get yours here.
Here’s the set-up:
“Secrets and Chance is a magnetic story that really pulled me in. Z.L. Arkadie has a knack for creating complex characters that grab hold of the reader and take them along for the ride. The author does a great job of presenting an intelligent romance along with an intricately weaved mystery. I am very excited for the next book in this series!”– Neila F., Editor, Red Adept EditingWhen the matriarch of a powerful family disappears, an unlikely duo join forces to figure out what happened to her. When Rosalie Stetson meets Chance Sterling for what she believes is the first time, she thinks he’s arrogant and cold. Chance remembers Rosalie from their brief encounter years ago on her wedding day to her ex-husband and his spoiled cousin, Peter Sterling. And although Chance had desired Rosalie since the moment he laid eyes on her, he’s still unable to trust her motives. Passion ignites and mystery abounds as this thrilling tale of whodunit keeps you guessing until the very end.

In The Rearview Mirror 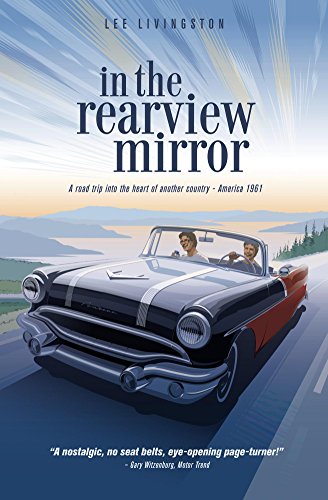 4.6 stars – 20 reviews
Kindle Price: FREE!
Text-to-Speech and Lending: Enabled
Don’t have a Kindle? Get yours here.
Here’s the set-up:
Not so long ago, two carefree 18-year-olds hitchhiked across a country of wide-open highways and wide-open people. Ride with them on this nostalgic look back at “America of the Big Heart.” It was 1961, before the deaths of JFK and MLK, before Vietnam. IndieReader calls their adventure out of adolescence into the beginning of responsibility: “A must read not only for the baby boomer generation, but great commentary on friendship, mental illness and, ultimately, the road towards redemption.” 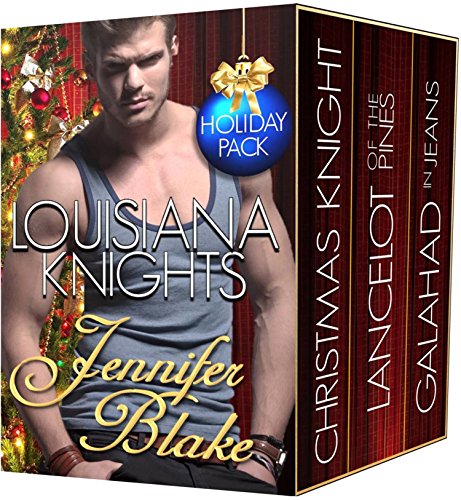 4.7 stars – 8 reviews
Kindle Price: FREE!
Text-to-Speech and Lending: Enabled
Don’t have a Kindle? Get yours here.
Here’s the set-up:

Get this special holiday pack this holiday season before it’s gone! Includes Books 1 and 2 in Jennifer Blake’s contemporary Louisiana Knights Series, plus the bonus novella: Christmas Knight CHIVALRY LIVES IN THE SULTRY SOUTH! 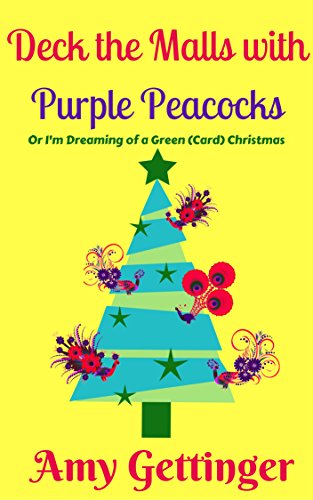 5.0 stars – 2 reviews
Kindle Price: FREE!
Text-to-Speech and Lending: Enabled
Don’t have a Kindle? Get yours here.
Here’s the set-up:

It’s Christmas in Orange County, California, and the mall is full of purple peacock decorations, large and small. Department store employee Aracely Martinez has a goofy Cuban friend, Quito (who’s awfully cute in his mall Santa suit), distracting her from her night-shift restocking job. But Aracely has a long-held secret, which her supervisor at the store, Jacob Thinnes, is about to tell to the wrong folks, knowing it will throw her life into complete upheaval. To keep him quiet, she must do everything he wants. Which is too much. Enter Aracely’s oldest friends: Alice Chalmers, Georgette Jones and Julie Bowers. The group’s “Venus Warrior” bond from the 2003 production of The Venus Monologues at Garden Beach Community College is still very strong, and these women are ready, willing, and able to kick some butt to help Aracely out of her difficult bind. Join Aracely’s Three Wise Women plus the ever-present Cuban trickster, Quito, in one adventure after another as they work against the odds to give Aracely the life of her dreams for a fabulous, nearly impossible Christmas gift. 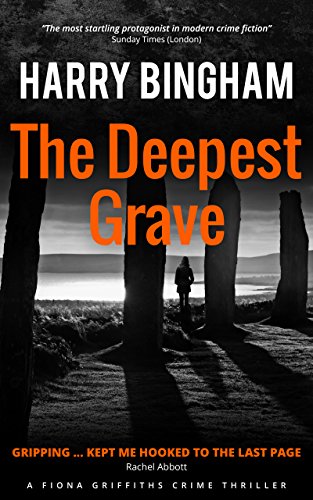 4.8 stars – 336 reviews
Kindle Price: FREE!
Text-to-Speech and Lending: Enabled
Don’t have a Kindle? Get yours here.
Here’s the set-up:
An ancient battle. A dead researcher. And a very modern crime.It’s been more than a year since Detective Sergeant Fiona Griffiths had any sort of murder case . . . when all of a sudden, she gets the call. A local archaeologist has been found bloodily murdered. Her head severed from her body. Her eyes apparently fixed on a fragment of Latin text.The crime seems to summon the ghosts of Dark Age Britain – and the shade of King Arthur.But why are those ancient enmities alive once again? Why are armed burglars raiding remote country churches? And how many more people will die before these clues are unravelled?Fiona thinks she knows the answers to these questions . . . but the crime that underlies them all is so utterly unexpected, so breathtakingly audacious in its execution, that it hasn’t yet been committed.

A Matter of Trust: London Calling Book One 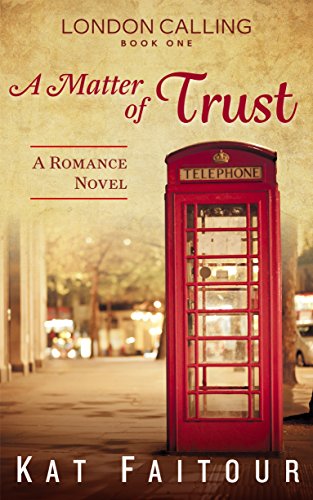 4.4 stars – 37 reviews
Kindle Price: FREE!
Text-to-Speech and Lending: Enabled
Don’t have a Kindle? Get yours here.
Here’s the set-up:
She stole his heart. But did she also steal his fortune?British financier Bennett Sterling steers his world with iron control and cold determination. Burned by a lover long ago, he guards his heart and business with wary resolve.Devon Sinclair is a brilliant economist, poised for sure success. Intent on making her own way, she tells no one of her complicated past and grifter family. Passions explode when Devon meets Bennett and neither can deny their fiery attraction. But when corporate accounts are stolen, the evidence points to her and the stakes climb higher.Will Bennett see beyond the lies to trust the woman he loves? Or will Devon condemn them both by doubting his loyalty?In the powerful world of London finance, it turns out trust is the most valuable commodity of all.Smart. Sexy. British.