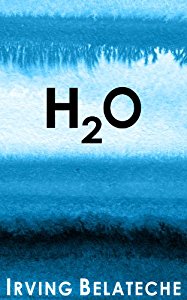 Roy Walker is curious. But in a world where knowledge has disappeared, curiosity will get you killed….

Save 75% with a Kindle Countdown Deal!

Outside the Territory, Roy discovers the truth about his father’s murder and meets his unexpected destiny…. 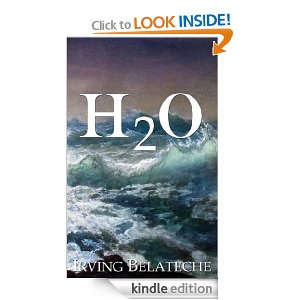 That’s right, we’re giving away a $50 Amazon Gift Card to one of our subscribers every day. All you have to do to enter is invite your friends to join BookGorilla. Once you joined and confirmed, just click on the Invite Friends button, fill out the form in full, and you’re entered! You will receive one sweepstakes entry for every new subscriber you invite, as long as he/she has confirmed the account by the time we choose a winner. No purchase necessary. See complete rules at www.bookgorilla.com/iafrules…. and good luck.

But first, a word from ... Today's Sponsor
A thrilling ride, all the way through! A great story and the writing is sparse and beautiful.
H2O
by Irving Belateche 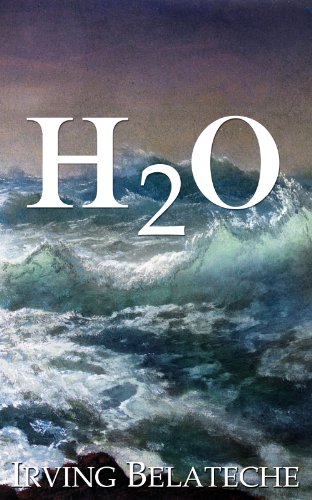 3.9 stars - 39 reviews
Kindle Price: FREE!
Currently FREE for Amazon Prime Members
Text-to-Speech and Lending: Enabled
Here's the set-up:
Roy Walker is curious. But in a world where knowledge has disappeared, curiosity will get you killed.

Generations ago, the Passim Virus wiped out most of humanity. The survivors banded together to form the Territory and, now, decades later, no one questions why knowledge has disappeared. Why should they? They're lucky to be alive.

But Roy doesn't feel so lucky. He's haunted by the murder of his father and he's ostracized by everyone in town. He asks way too many questions, especially about the water pumped out by the town's desalination plant.

Then Roy finds a tantalizing clue that leads him down the coast of what used to be the state of Oregon. He's stunned at what he discovers. Everything in the Territory is a lie and everything around him is a front. But to uncover the dark secret behind this front, Roy must venture deeper into the wilderness where marauders and the deadly Passim Virus wait to kill.

It's there, outside the Territory, where he discovers the truth about his father's murder and where he meets his unexpected destiny -- To free humanity from the bondage of a powerful enemy.
One Reviewer Notes:
I found this to be a brilliant science fiction book. It has the feel of a classic book and at the same time it has the pace of a popular bestseller.It's more than worth the price of admission because it's a real story with worthwhile characters that you care about. It's only a matter of time before you get to say you read H2O before everyone else even heard about it!
Valerie L
About the Author 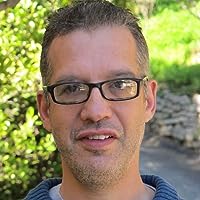 Irving Belateche is an author, screenwriter, and Adjunct Professor at the University of Southern California's School of Cinematic Arts. He's written screenplays for Paramount Pictures, Columbia Pictures, Warner Bros., and other studios. He's worked with producers Lawrence Bender (Pulp Fiction), Gavin Polone (Gilmore Girls, Curb Your Enthusiasm), and Joel Silver (The Matrix) as well as directors Robert Zemeckis (Back to the Future, Forrest Gump) and Roland Emmerich (Independence Day). Belateche adapted the first Hugo award winner, The Demolished Man, by Alfred Bester, for Paramount and producer Robert Evans (Chinatown, Rosemary's Baby). With H2O and The Disappeared, Belateche returned to the genres for which he's best known, science fiction and supernatural thrillers. H2O is a science fiction thriller about a future where knowledge has disappeared and curiosity will get you killed. The Disappeared is a short story about one man's battle to survive his growing invisibility. Belateche lives in Los Angeles with his wife and son.
Visit Amazon's Irving Belateche page

Free and Bargain Quality eBooks delivered straight to your email everyday! *PLUS a chance to win a $50.00 Amazon gift card – Subscribe now! http://www.bookgorilla.com/kcc

Prices may change at any moment, so always check the price before you buy! This post is dated Thursday, June 13, 2013, and the titles mentioned here may remain free only until midnight PST tonight. 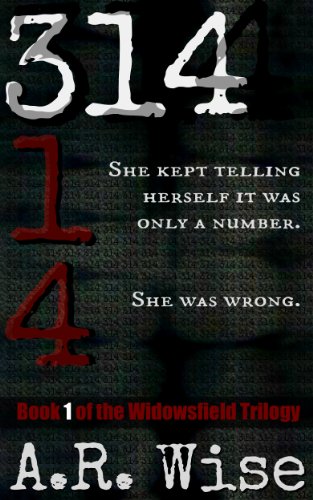 4.2 stars – 200 Reviews
Kindle Price: FREE!
Text-to-Speech and Lending: Enabled
Don’t have a Kindle? Get yours here.
Here’s the set-up:

Alma Harper has been trying to forget what happened in Widowsfield 16 years ago. She has a good life as a music teacher now, and might rekindle her relationship with her one true love. However, the number 314 haunts her, and threatens to bring her back to the day that her brother disappeared. When a reporter shows up, just days before March 14th, Alma realizes that her past is coming back to haunt her. What happened on March 14th, at 3:14, 16 years ago? No one but The Skeleton Man can remember.

All That He Wants (The Billionaire’s Seduction Part 1) 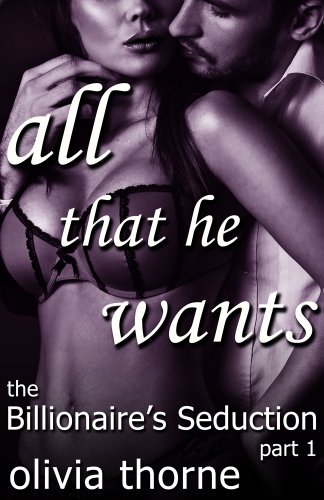 4.6 stars – 33 Reviews
Kindle Price: FREE!
Text-to-Speech and Lending: Enabled
Don’t have a Kindle? Get yours here.
Here’s the set-up:
Lily Ross was having another miserable day at work when tall, dark, and stunningly handsome walked in. After hours. With some very unusual requests. When she’s least expecting it, mysterious Connor Brooks turns Lily’s world upside down and plunges her into a torrid, passionate love affair that might just ruin her life…

The Woman Who Lost Her Face: How Charla Nash Survived the World’s Most Infamous Chimpanzee Attack 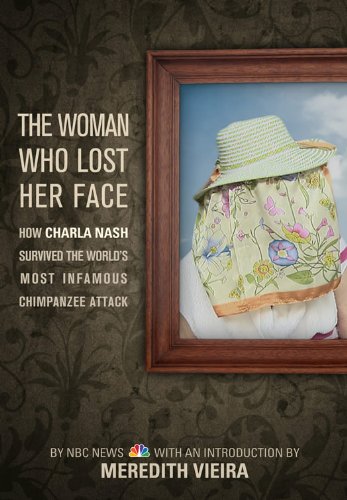 4.8 stars – 18 Reviews
Kindle Price: FREE!
Text-to-Speech and Lending: Enabled
Don’t have a Kindle? Get yours here.
Here’s the set-up:

Viciously attacked by a chimpanzee in 2009, Charla Nash was left so severely disfigured that she no longer had eyes to see the world, hands to feel it or even a face to show it. By her own doctors’ accounts, she never should have survived her injuries. Charla’s story is one of incredible strength, fierce determination and cutting-edge medicine. NBC News and Meredith Vieira have been covering the story since the life-altering attack, documenting Charla’s unfaltering spirit and the remarkable surgeries that not only kept her alive, but gave her a new face and, ultimately, restored her very humanity. 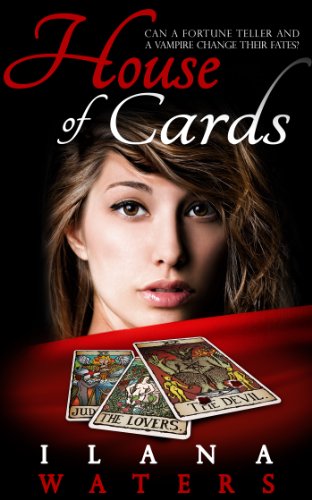 4.5 stars – 10 Reviews
Kindle Price: FREE!
Text-to-Speech and Lending: Enabled
Don’t have a Kindle? Get yours here.
Here’s the set-up:
Eighteen-year-old Sherry has just begun her newly independent life in Paris when she is kidnapped by a group of vampires. They hold her hostage in the House of Cadamon, their catacomb lair beneath the city, ruled with an iron fist by a leader known as “the Master.” The only thing keeping Sherry alive is her ability to tell vampire fortunes through tarot cards, a task she is forced to perform night after night. She finds an unlikely ally in Lucas, a four-hundred-year-old reluctant blood drinker who is as much a prisoner of Cadamon as she is. 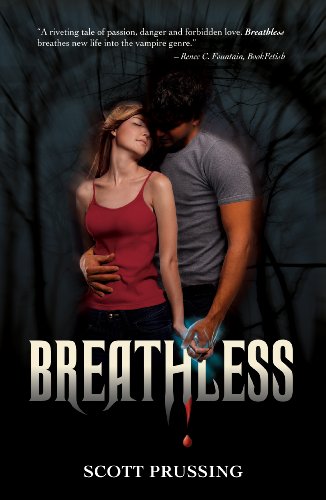 4.4 stars – 125 Reviews
Kindle Price: FREE!
Text-to-Speech and Lending: Enabled
Don’t have a Kindle? Get yours here.
Here’s the set-up:
Weston College freshman Leesa Nyland has been fascinated by vampires since she was three years old. That’s when her mom started acting weird, insisting sunlight hurt her skin because she’d been bitten by a one-fanged vampire. 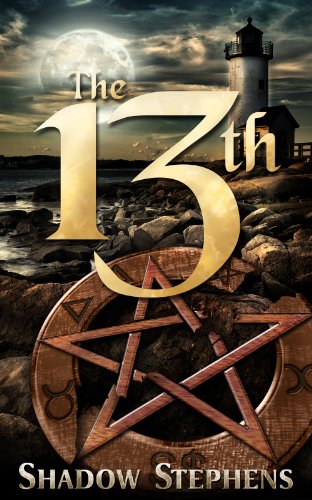 4.4 stars – 35 Reviews
Kindle Price: FREE!
Text-to-Speech and Lending: Enabled
Don’t have a Kindle? Get yours here.
Here’s the set-up:
Magic in Strega Bluff is like parking meters in other cities. The quaint New England town is home to a large community of witches, warlocks–and many secrets. Jade Hansen loved living there until the untimely death of her parents. After a much-needed sabbatical, she returns to find the peaceful hamlet turned upside down. A string of murders haunts the city and everyone is potential a target, but even worse, they are all suspects. A family secret puts Jade in the middle and her loved ones in danger. Dodging an evil warlock set on revenge, she is in a race to stop the killer before it’s too late. 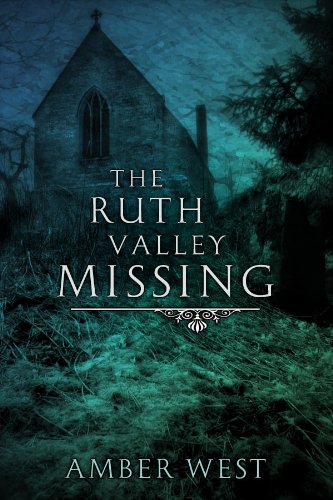 4.5 stars – 105 Reviews
Kindle Price: FREE!
Text-to-Speech and Lending: Enabled
Don’t have a Kindle? Get yours here.
Here’s the set-up:

Jameson Quinn is sick of trying to find herself in the big city. After a gallery opening ends in a trip to the ER and an argument with her self-involved boyfriend, she decides to take off for the peace and quiet of a small town — Ruth Valley.

As the Lightning Strikes 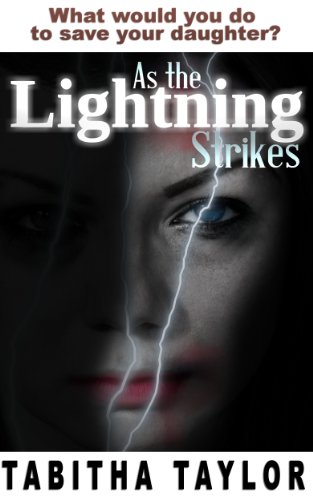 Kindle Price: FREE!
Text-to-Speech and Lending: Enabled
Don’t have a Kindle? Get yours here.
Here’s the set-up:
The world knows James Spilling as a hardworking lawyer, aspiring local politician, devout churchgoer and doting father. But that is all a lie. 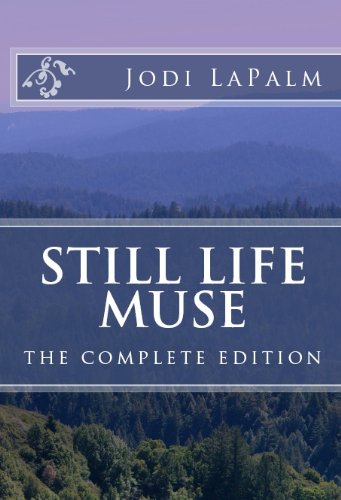 5.0 stars – 1 Reviews
Kindle Price: FREE!
Text-to-Speech: Enabled
Don’t have a Kindle? Get yours here.
Here’s the set-up:
This gritty romance focuses on one woman’s debilitating heartbreak over the loss of her husband and the desire to heal a life she no longer recognizes. SUMMARY: Almost one year has passed since the death of her husband, and Julia is still reeling from the loss. Unable to go back, she reluctantly embarks on a journey abroad in the desperate hope she can learn to move forward. Follow her struggle to come to terms with who she once was and who she must become as it unfolds against the backdrop of a historic and surprisingly romantic London. 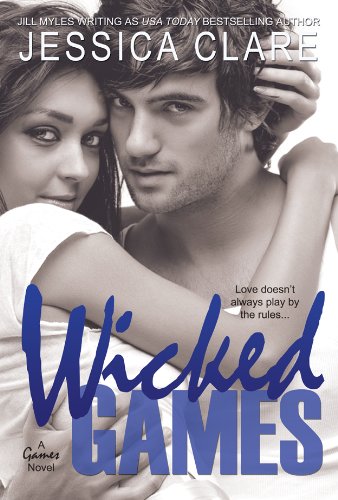 4.4 stars – 149 Reviews
Kindle Price: FREE!
Text-to-Speech and Lending: Enabled
Don’t have a Kindle? Get yours here.
Here’s the set-up:
Abby Lewis never pictured herself on the survival game show, Endurance Island. She’s just not the ‘survival’ type. But when her boss offers her a spot on the show and the opportunity of a lifetime, she packs her bags and heads to the tropics to be a contestant.