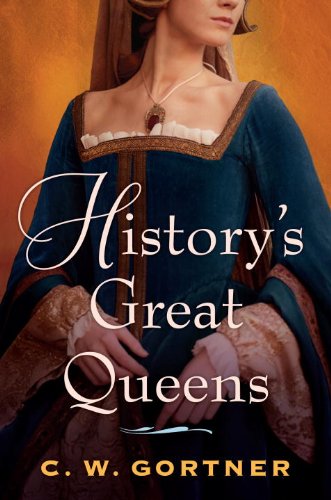 In two stunning novels, C. W. Gortner brings to life two of history’s most intriguing and courageous women: Catherine de Medici, the last legitimate descendant of the illustrious Medici family of Italy, and Juana of Castile, daughter of Queen Isabel and King Ferdinand of Spain, who would be the last queen to inherit her country’s throne.

THE CONFESSIONS OF CATHERINE DE MEDICI

Catherine de Medici has been expelled from her native Florence and betrothed to Henri, son of François I of France. In an unfamiliar realm, she strives to create a role for herself through her patronage of the famous clairvoyant Nostradamus and her own innate gift as a seer. But in her fortieth year, Catherine is widowed, left alone with six young children in a kingdom torn apart by the ambitions of a treacherous nobility. Relying on her tenacity, wit, and uncanny gift for compromise, Catherine seizes power, intent on securing the throne for her sons, unaware that if she is to save France, she may have to sacrifice her ideals, her reputation, and the secret of her embattled heart.

Born amid her parents’ struggle to unify and strengthen their kingdom, Juana, at the age of sixteen, is sent to wed Philip, heir to the Habsburg Empire. There, she finds unexpected love and passion with her dashing young husband, and at first she is content with her children and her married life. But when tragedy strikes and she becomes heir to the Spanish throne, Juana finds herself plunged into a battle for power against her husband that grows to involve the major monarchs of Europe. Besieged by foes on all sides, Juana vows to secure her crown and save Spain from ruin, even if it costs her everything.

THE QUEEN’S VOW
About The Author

C.W. Gortner holds an MFA in Writing with an emphasis on Renaissance Studies from the New College of California. In his extensive travels to research his books, he has experienced life in a Spanish castle and danced a galliard in a Tudor great hall. Half-Spanish by birth, he lives in Northern California.