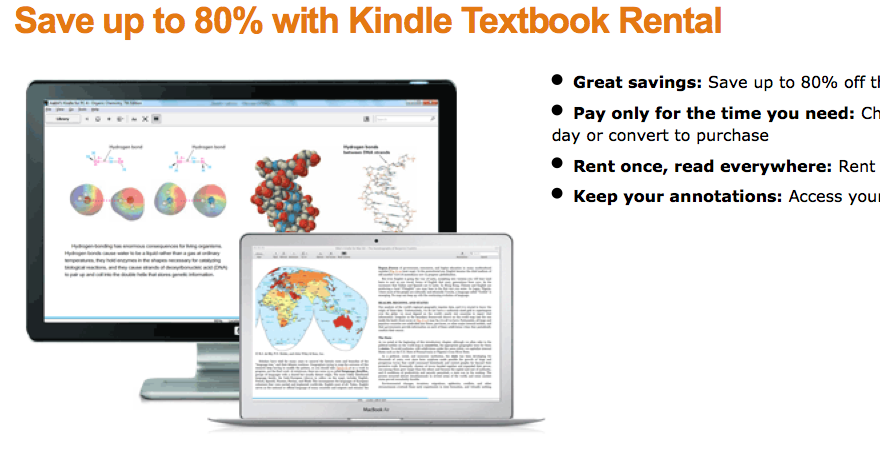 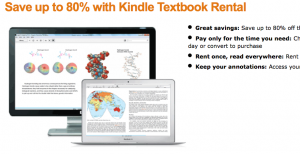 Amazon has just announced move that could constitute a true Killer feature for stimulating massive adoption by college students of ebooks — and Kindle ebooks in particular.

“Today, Amazon.com announced the launch of Kindle Textbook Rental–now students can save up to 80% off textbook list prices by renting from the Kindle Store,” the company said in a press release. “Tens of thousands of textbooks are available for the 2011 school year from leading textbook publishers such as John Wiley & Sons, Elsevier and Taylor & Francis. Students can find details about the program at www.amazon.com/kindletextbooks.”

“Students tell us that they enjoy the low prices we offer on new and used print textbooks. Now we’re excited to offer students an option to rent Kindle textbooks and only pay for the time they need–with savings up to 80% off the print list price on a 30-day rental,” said Dave Limp, vice president, Amazon Kindle.

How effective will this program be in luring students to the Kindle platform? That will depend primarily on two things:

Finally, it seems worthwhile to observe here that, like nearly everything else that Amazon has done in recent months, this move appears to be another important part of the set-up for the launch of a Kindle-compatible tablet from Amazon. Many of the textbooks available under the Kindle Textbook Rental program won’t look like much on a 6-inch e-Ink Kindle display, but I suspect they’ll look great both on a Kindle-compatible iPad and on the K-Tab which we expect Amazon to announce in the next few weeks.

Here’s the guts of Amazon’s news release this morning: