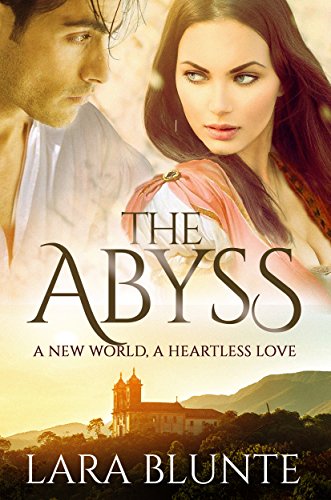 4.9 stars – 17 Reviews
Kindle Price: 99 cents
Or currently FREE for Amazon Prime Members Via the Kindle Lending Library
Text-to-Speech: Enabled
Don’t have a Kindle? Get yours here.

A Regency Romance with a difference!

“I have sworn to love you, and I will, I will love you even if you have been dishonest, but you need to confess to it now.”
It was her turn to sound calm. ”I shall not confess to an untruth.”
He now faced her, and his eyes were dead. “Well, then we have a problem, don’t we?”
Her voice was now trembling with anger. “When you realize what you have done, you’ll beg me to forgive you, and I never shall!”

During the period of the British regency there was another prince regent in Europe: John of Portugal.
When in 1807 Napoleon sends him an ultimatum to side with the French or lose his kingdom, John instead sides with the British – and must flee as the forces of one of the greatest generals of all time invade Lisbon.
Fifty ships carrying the flower of Portuguese nobility set sail for their biggest colony, Brazil. The year will change before they arrive in Rio, bedraggled and exhausted.
With the court goes Clara, a beautiful woman whose life has been made impossible by a greedy mother seeking to marry her to a rich nobleman. Clara dreams of no one but Gabriel, a man disinherited by his father for loving her, whom she had to forsake.
In the new tropical court Clara meets Gabriel again, and in spite of thinking that he no longer wants to give his heart away, she is irresistible to him and he again asks her to marry him.
However, a terrible calumny sent from abroad will separate husband and wife, and they will have to live in a wild land with an abyss between them. 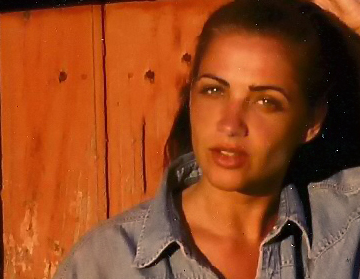 ABOUT THE AUTHOR: Lara Blunte has written six romance novels. She won the Wattys Award 2015 for To Be King.
Lara began writing romance novels because she missed the ones written in the past, when lyrical prose, complex characters and an omniscient narrator led to a wealth of emotion for the reader.
She believes that a story of passion should be told with passion, and that people with flaws create a compelling narrative.
In The Abyss she delivers a Regency Romance that is filled with desire and deep love, as well as terrible misunderstandings. As Lara has traveled to 65 countries of the world, in each of her novels she adds a place that she knows well, in this case courtly Portugal and then beautiful, savage Brazil.

Published on April 23, The Abyss has sixteen  5-star reviews in Amazon. Here is an excerpt:
“The Abyss is a dazzling page turner in Lara Blunte’s classic style that is smooth as silk. Spinning a web of deception and just-out-of-reach romance, Blunte satisfies the reader with sexy details that bring the romance to fruition. The lush historical setting of colonial Rio is painstakingly researched and painted with vivid imagery, and Clara and Gabriel bring out the best and absolute worst in each other, even at the brink of life and death.”

Other titles by Lara Blunte:

The Last Earl – Willful, vain and clever, Lady Catherine Lytton believes she is in full control of her destiny after she inherits a large fortune.
However, the return of Lord Adrian Stowe to England will turn her world on its head.

To Be King – The world is changing. After decades of war, Tibold emerges as the leader of a new, powerful kingdom, and the benefits of peace are soon felt. But King Tibold has a problem: his son and heir, the clever Prince Tameas, doesn’t want to be king after him, and neither does he want to marry Lady Isobel, daughter of the warlike duke of the north, with whom an unbreakable alliance is needed.

True Born – At seventeen, Miss Georgiana Blake knows that John Crawford is the only man she will ever love — and that she will marry him. Georgiana cannot imagine that her marriage will become crucial to her family, or that she will have to forsake the man she adores.

This Hell of Mine – Mexico can be the most civilized or the most brutal of places, but when fate throws James and the lovely, sweet Lady Ashley together again, the attraction between them will be impossible to ignore.
He is the real life adventurer whose childhood in jungles and deserts she has been following all her life; she is much more woman than artifice, and she needs to be rescued out of her marriage. 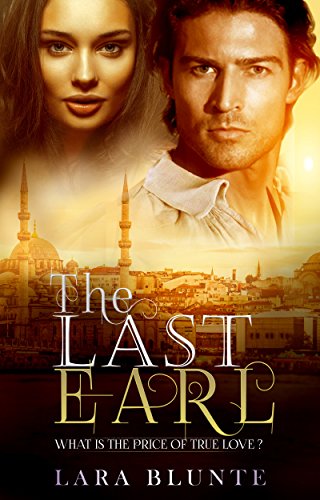 4.8 stars – 34 Reviews
Kindle Price: 99 cents
Or currently FREE for Amazon Prime Members Via the Kindle Lending Library
Text-to-Speech: Enabled
Don’t have a Kindle? Get yours here.
Here’s the set-up:
What is the price of true love?

Willful, vain and beautiful Lady Catherine Lytton believes she is in full control of her destiny after she inherits a large fortune.
However the return of a distant kinsman, Adrian Stowe, to England will turn her world on its head.
He is the last Earl of Halford, and had disappeared eight years before after the gruesome murder of his family. He is also different than any man she has met so far.
She does not expect to feel such a strong attraction to him, or to finally lose head and heart to a man with grim secrets.
When he leaves for Constantinople in search of ghosts in his past she must follow, embarking on a journey of growth and change that leads her to understand the meaning of true love.
5-star Amazon reviews:
“I very much recommend it to lovers of Victorian romance! Lara Blunte is indeed a talented, gifted writer.“
“What an amazing book.“